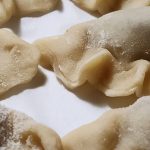 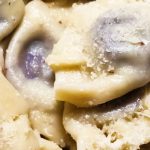 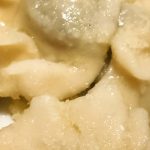 Tortelli Cremaschi are the most typical “cremasco” dish in the town and throughout the surrounding area, but they are almost unheard of beyond the historical boundaries of the Diocese of Crema. Although these tortelli have a sweetness to them, they are  traditionally eaten as as a real first course. They are made of pasta, with a filling of “amaretti” cookies, candied citron peel, mints (the sweets not the herb!), raisin, nutmeg, “mustasì” (in dialect) cookies and “grana” (parmesan) cheese.  They are served with melted butter and sage leaves and with a generous sprinkling of parmesan cheese.

They are served all year round in the town of Crema and in traditional trattorias and restaurants in the surrounding area. They can also be purchased in bakeries and fresh pasta stores. 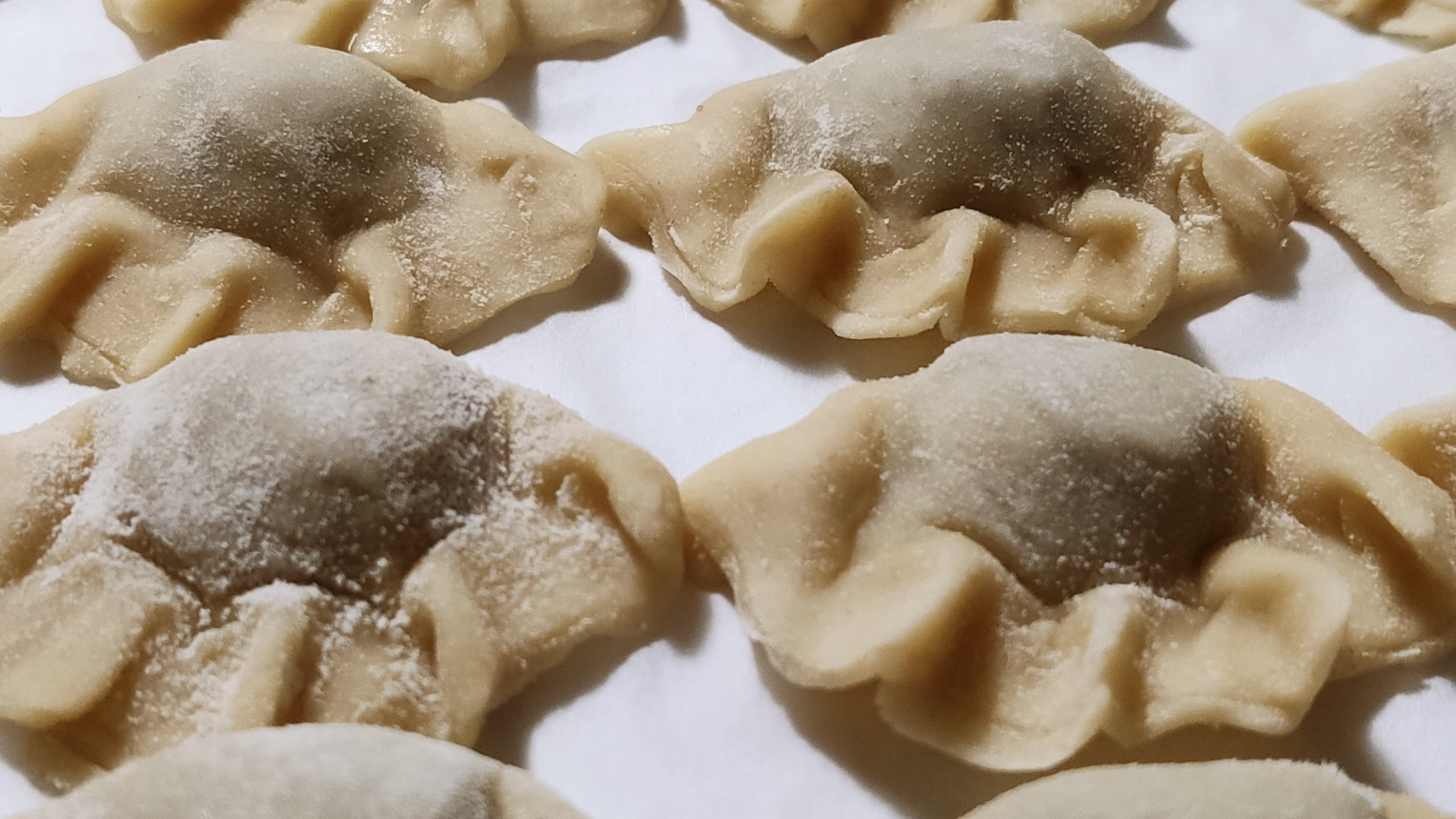 In the filling, the presence of ‘amaretti’ cookies is probably derived from Austro-Hungarian influences, for example Tyrolean tradition, while the spices in the mixture are a legacy dating back to Venetian gastronomic culture. The complex list of ingredients for the filling is well-known. On two points there seems to be no doubt and gourmets make no compromise in that both cocoa and chocolate are absolutely forbidden! The real secret of their delicacy is the use of products of excellent quality. In addition to ‘amaretti’ and parmesan cheese, ‘grana padano’matured for not less than 20 months, the filling consists of raisins, candied citron peel, ‘mostaccini’, a  particular type of cookie flavoured with coriander, cinnamon, nutmeg, cloves, star anise and caraway seeds, white mint sweets and fortified wine, ‘marsala all’uovo’ . The tortelli are presented in different shapes, but the most traditional is a half-moon shape, pinched and roughly shaped, large, regular and plump. Usually, those prepared in town differ from those of the countryside, not only in shape but also in flavour as they are less sweet and more delicate, but variations are numerous.  After simmering in salted water they are drained and then served layered with melted butter infused with fresh sage leaves, (in the past, a duck sauce was used), and generous amounts of grated parmesan cheese. 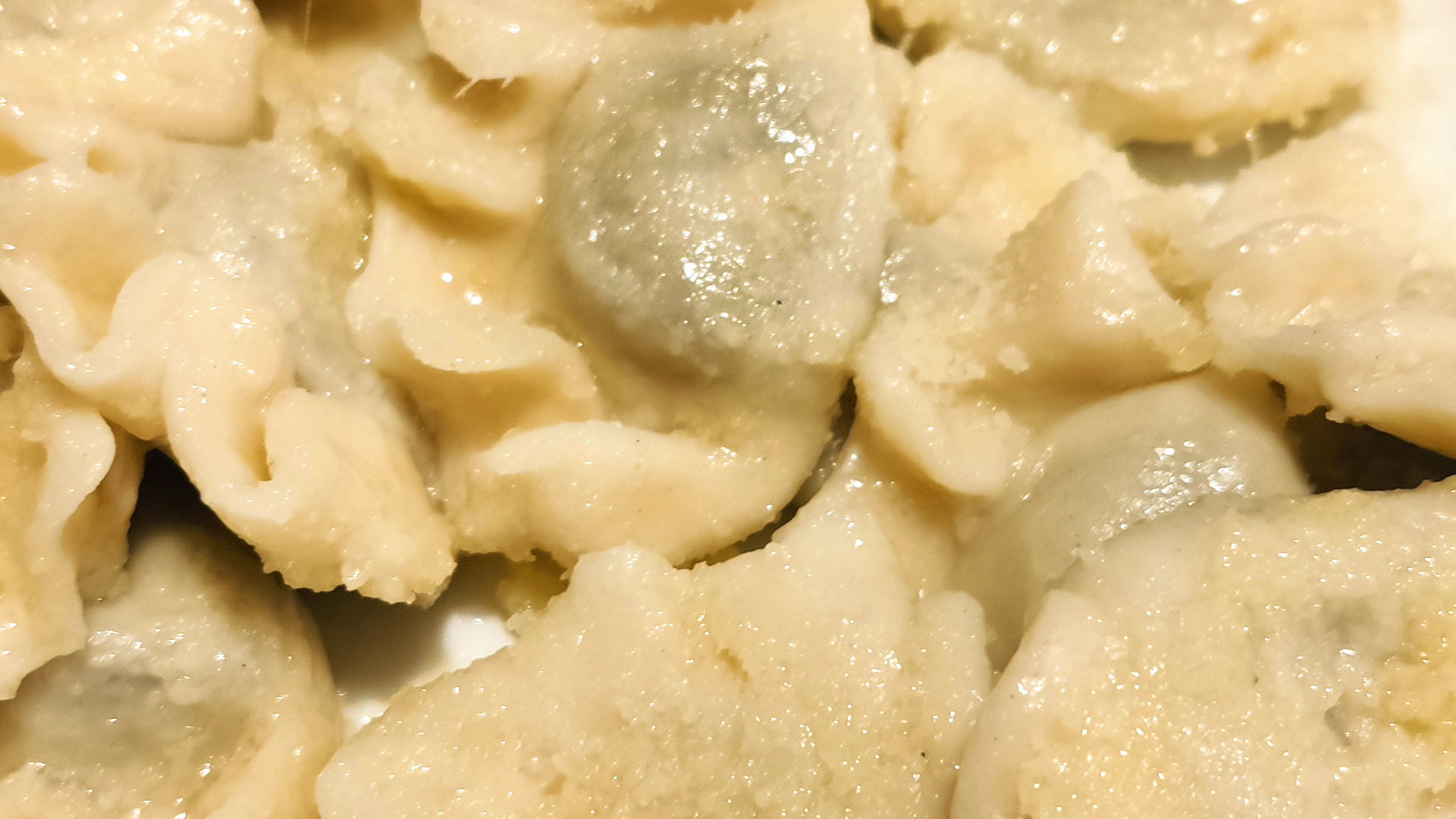 A large knob of butter 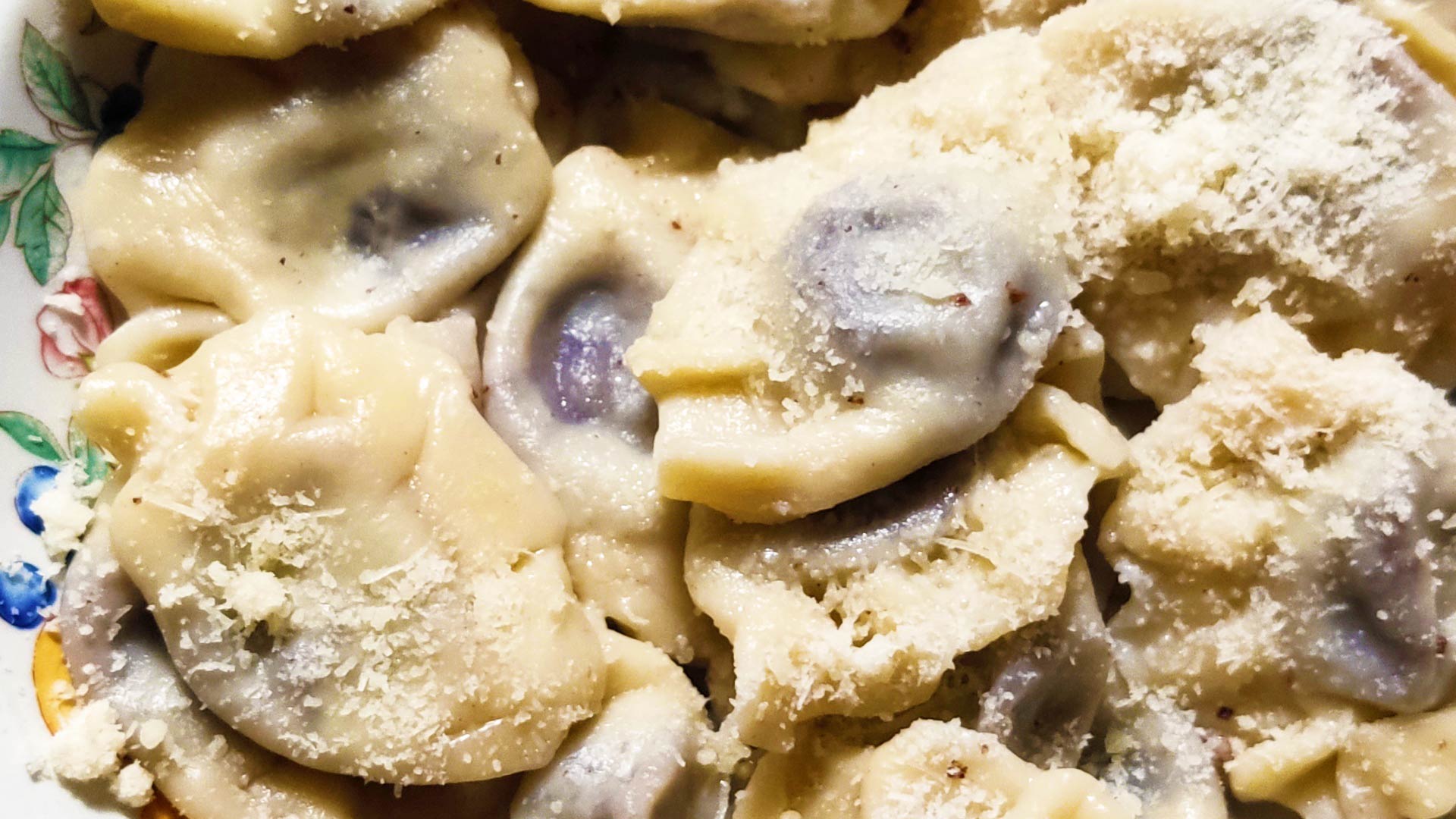 For the filling crush the “amaretti”and chop the other ingredients finely.  Combine everything by mixing well and let the mixture rest for at least 24 hours.

Knead the flour with the egg and warm water.  Traditionally, even the one egg recommended here was not used, but modern flours make the work difficult because the pasta flakes without it.  Roll out the pasta until thin and cut out discs with a glass.

Fill the pasta discs with the filling, fold over and join the edges.  Then with your thumb and index finger pinch them to seal.  Bring a saucepan of copious salted water to boil and then add the tortelli to simmer gently.

It has to be noted that there are vibrant diatribes on the “real” recipe for the “tortello cremasco”, for example, some say that olive oil should be used and not warm water for the pasta, others would use boiling water, not to mention the quantities or types of ingredients used in the filling!  Some add raisins, some aniseed, others nutmeg or grated lemon zest, the list is endless!  In fact, almost every restaurant, or better still every family, has brought small personal variations to the recipe over the years, generally in order to mitigate the sweet taste of the dish that may result excessive for palates unaccustomed to the unusual combination of flavours.  However, visitors to Crema, particularly the British and the Germans apparently go crazy for them!