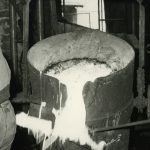 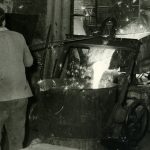 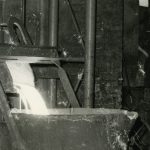 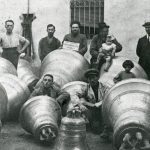 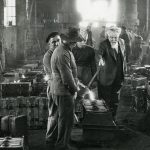 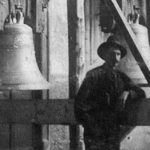 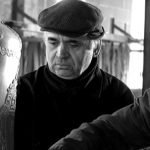 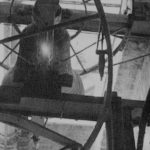 The art of bell-making in Crema goes back several centuries. It is an ancient tradition which has been passed down from generation to generation of craftsmen, who have safely guarded the secrets of their arts, which have survived until today. A special exhibition area of the museum, Museo Civico di Crema e del Cremasco, has been dedicated to the art of bell-making, displaying a number of bells and their frames from the Duomo bell tower. Bell ropes, counterweights and wheels were all donated to the museum from the Duomo, after they were substituted with metal replacements in the 1970s, when the seven bronze bells were renovated and the belltower refurbished. Unfortunately, this renovation also meant the end of the role of the bellringers, which had begun in 1753 when Domenico Crespi cast the Duomo ‘ring’ or ‘peal’ of bells (the technical term for a set of bells). The bells are now rung by electromechanical devices. 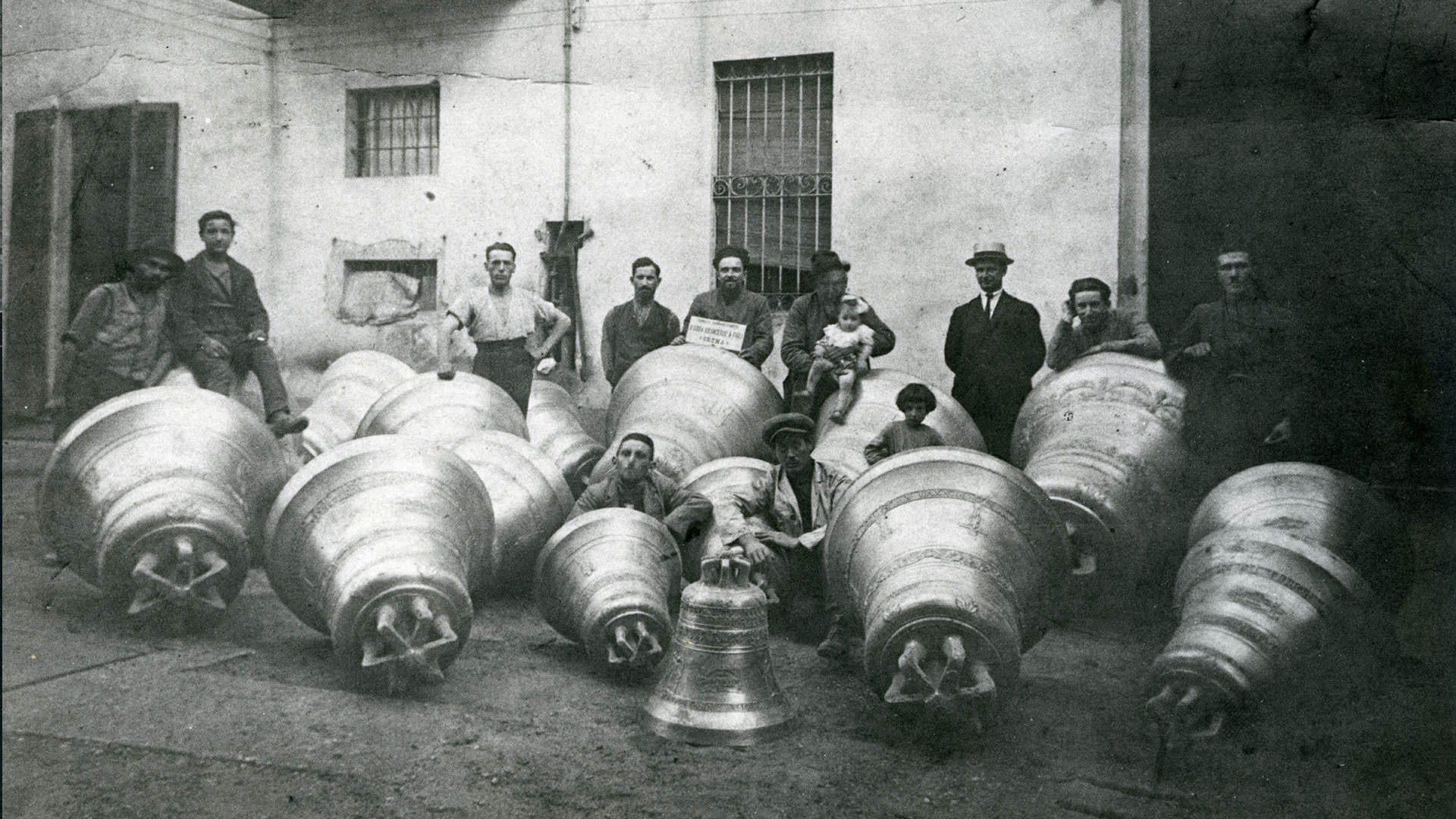 The Allanconi Bell Foundry a tradition which lives on …
The ancient art of bell-casting has been handed down over the generations and its secrets are guarded jealously! The history of the Vallanconi foundry began with
Angelo Allanconi, born in the nearby village of Bolzone on 2nd December 1915. He began his career with an apprenticeship in the historic Crespi foundry in Crema, one
of the oldest and most prestigious of Italian bell foundries, dating back to 1498.Angelo worked his way up to the position of supervisor and had the challenging task
of directing the recasting of many bells after the Second World War. He learnt many of the secrets of his craft from the Crespi foundry and in particular the art of
designing, that is to say, the geometrical-mathematical formulas which give each bell its own shape and particular sound. Angelo went on to work for other important
historic foundries, such as Barigozzi in Milano and Filippi in Chiari. Angelo was accompanied to work by his sons Ottavio and Giordano, who learnt their trade on
the job with their father. 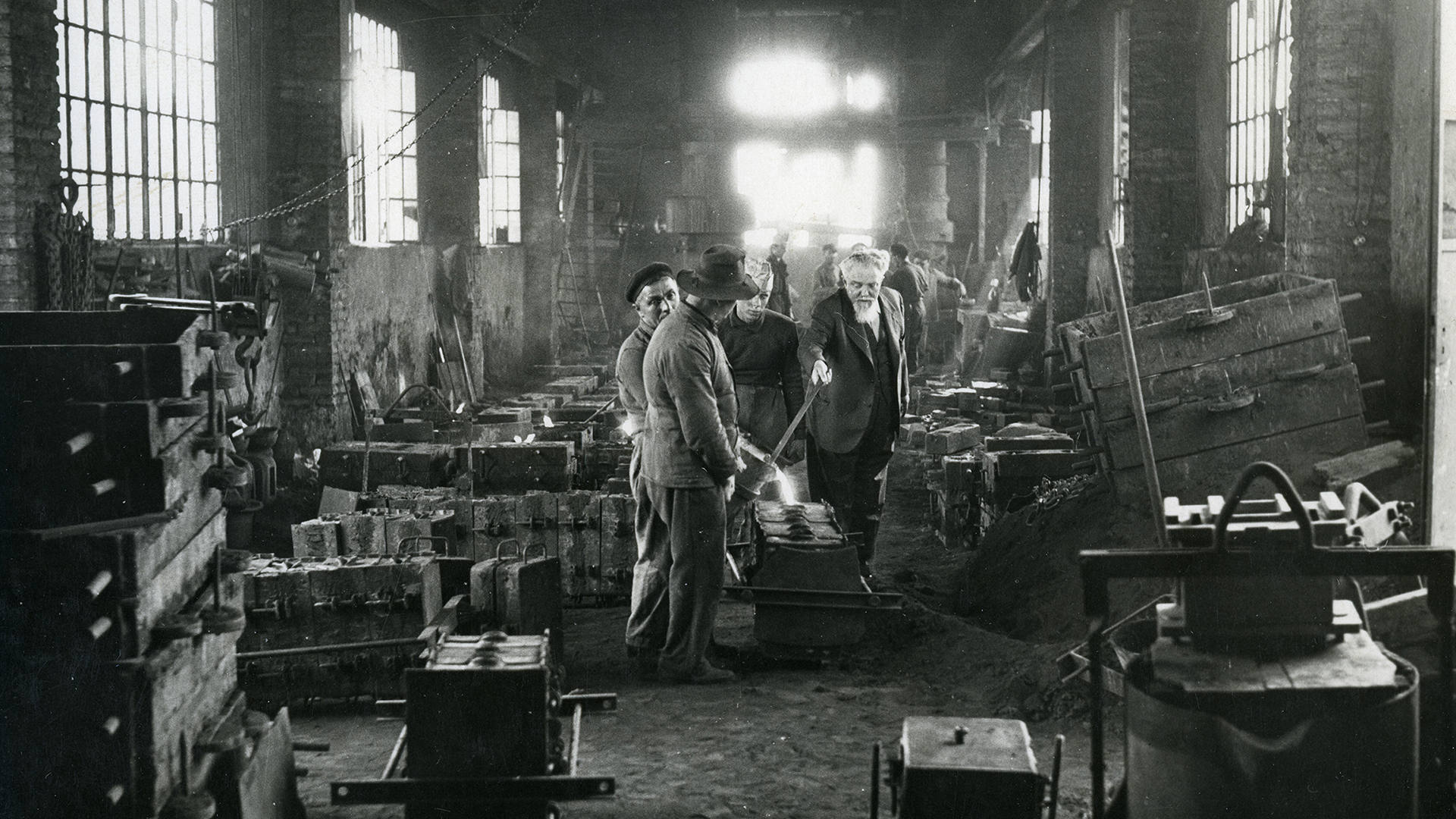 In t he 1970s Angelo decided t o return t o t he village of Bolzone and begin t o cast bells himself and set up his own f oundry, where he worked until his death i n 2002. Today t he
Allanconi Foundry i s t he l ast of i ts kind i n Crema and t he surrounding area, but Angelo’s grandson Emanuele continues t o keep t he t radition alive. I n spite of t he modern,
industrial t echnology available t oday, Allanconi prefers t o continue t o use t he age-old traditional methods of bell-making, t hus preserving t he heritage passed down t hrough
so many centuries, which otherwise would be l ost. They still use t raditional methods and materials, such as clay, hemp, beeswax and horsehair. The sign of a t rue
craftsman l ies i n t heir ability and knowledge t o t ransform simple, natural, l ocally-sourced and recyclable raw materials i nto unique products, with respect f or t radition and t he
environment, i nto a product whose unique sound and beauty cannot be substituted by an i ndustrially produced bell. However, t he Allanconi f oundry has i ntroduced some
forms of modern t echnology t o aid quality control, i n order t o achieve t he best possible purity of sound . 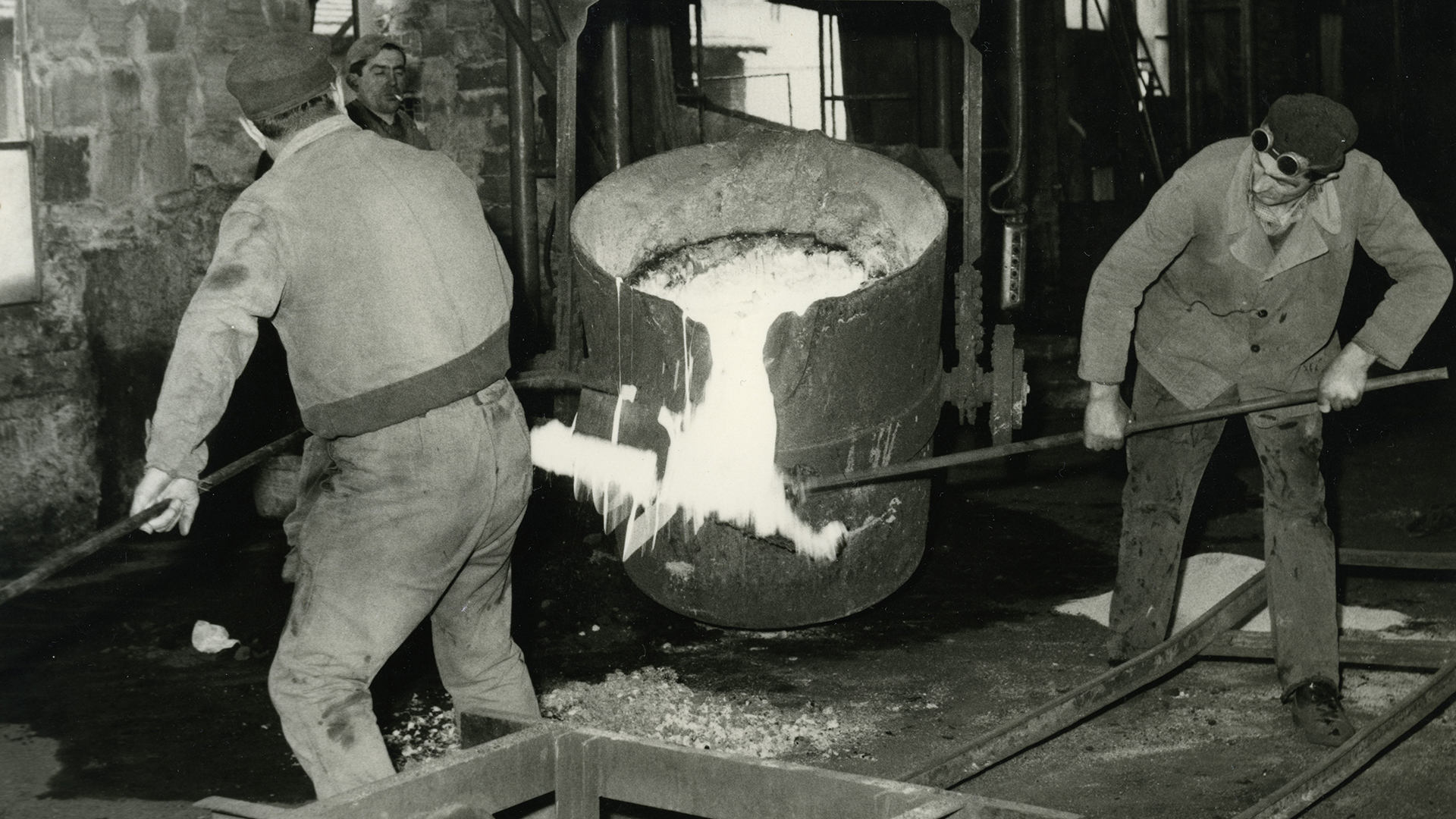 This family of bell-makers in Crema began their trade in 1498 with the production of a bell which carries the Crespi name. Domenico Crespi (1703-1765) cast excellent
bells, which he also produced for the Duomo in Crema, and he was also a clockmaker. His work took him from place to place and from 1754 to 1758 he worked in Verona. In the works of the Crema historian, Angelo Zavaglio, we read
that, “… for almost a century and a half from 1750 to 1898, when he ceased production, greatly admired rings of bells left the Crespi workshop to enliven and gladden the towns and villages in the areas of Cremona, Bergamo, Brianza and
Milano…». In the 1800s Giovanni Crespi was head of the foundry which was then passed on to his sons Alcide and Calisto, whilst his other son, Giacomo III, emigrated
to Spalato in Croatia to open a foundry in partnership which carried the name Crespi–Jakov Cukrov and continued production under his son Sigismondo Giuseppe until 1928. Meanwhile, the foundry in his hometown of Crema situated near Porta
Ombriano was passed down from Alcide Crespi to his son Remigio Marco. Giacomo IV, Sigismondo Giuseppe’s son, had returned to Italy and set up an iron foundry in Milan in 1933 and a bronze foundry in Sanpierdarena, Genova in 1937, but then
decided to reopen the bell foundry in Spalato in 1938 with the name, Fonderia di Campane Giacomo Crespi, the Giacomo Crespi Bell Foundry. 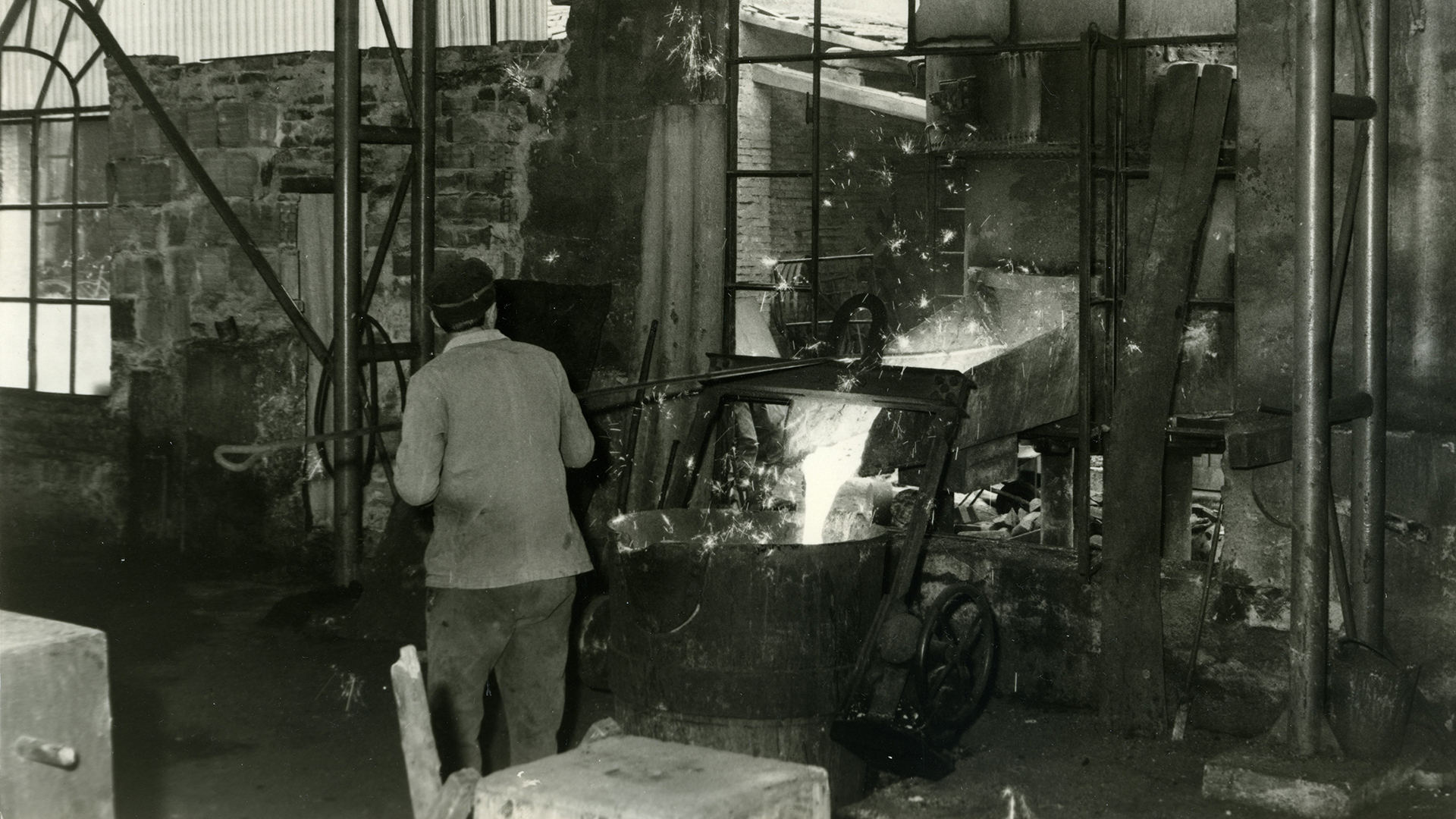 The D’Adda foundries
At the end of the First World War, Francesco D’Adda welcomed his sons Luigi and Dante, into the business which they co-ran until his death in 1927. His sons
continued in their father’s footsteps with his same ability and mastery in bell-making, maintaining the high sound quality of their bells and becoming one of the best
foundries in Italy in the 1920s. At the end of the Second World War they received state subsidies for the restitution of the bells which had been requisitioned earlier
for the war effort and the two brothers parted company to create two distinct separate foundries in 1949. The Dante D’Adda Foundry went on casting bells until
his death on 26th January 1954, after which his son Paolo did not continue the activity of the foundry. Luigi D’Adda closed his foundry definitively in 1961 and he
died on the 31st December 1963. 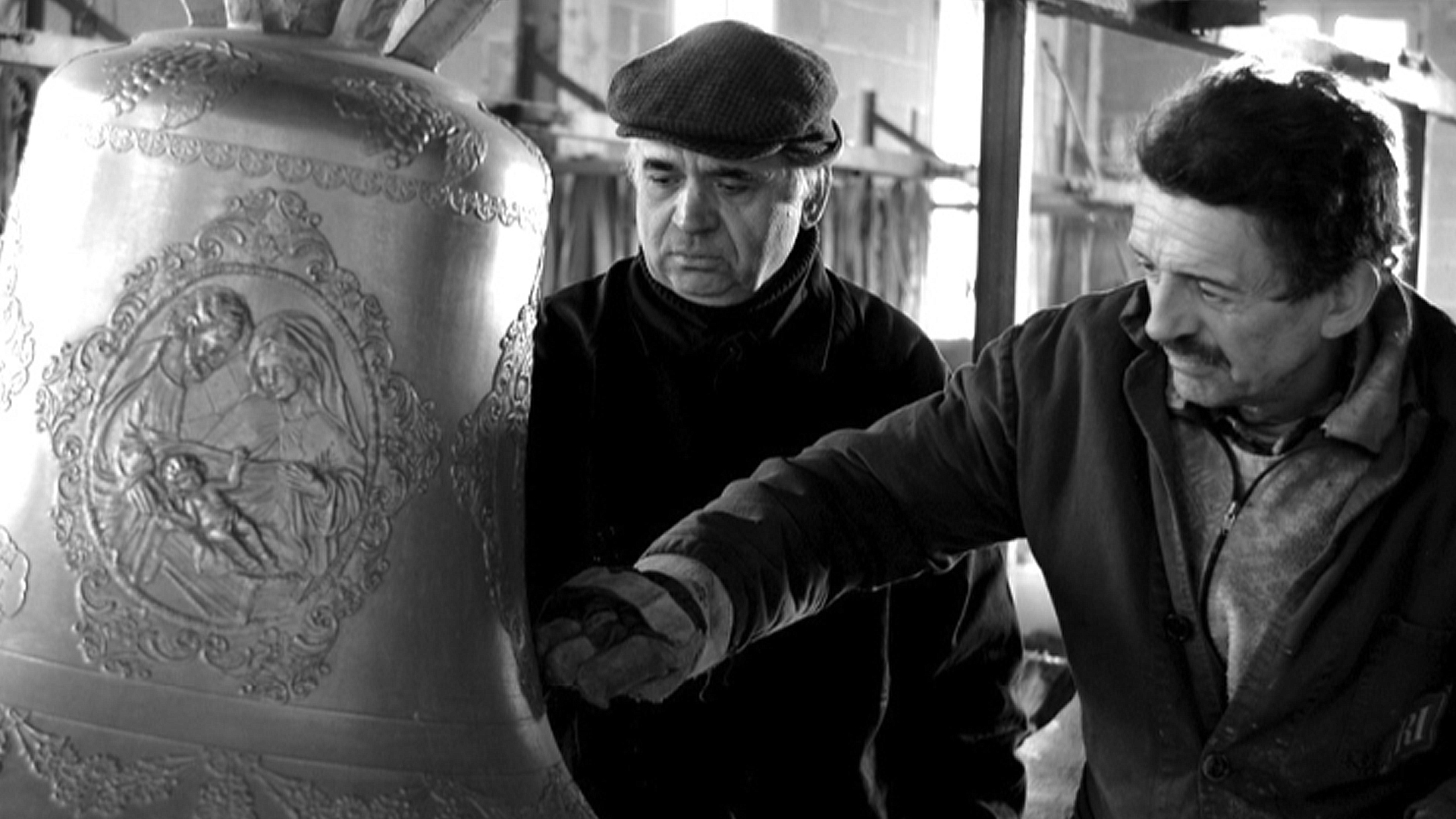