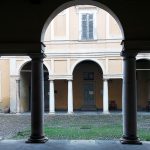 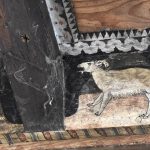 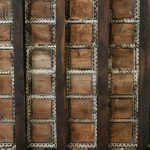 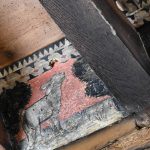 The historical events of the buildings that arose in this area are very complex and only partially clarified by archival documents. The first data is provided by the restoration of the building in 1998-99 which led to the discovery of two fifteenth-century decorated ceilings in two halls on the ground floor and on the main floor of the building. This overturns the previous hypothesis according to which the building had been completely demolished and rebuilt in the eighteenth century. On the contrary, on that occasion the building was only renovated, preserving many of the 15th century rooms. There is no certainty about the client of the fifteenth-century building, regarding which the name of the Bergamo leader Bartolomeo Colleoni (Solza, 1395 – Malpaga, 1475) has also been hypothesized.

The first documents relating to this area date back to 1595 and speak of two houses, one to the north and one to the south, inhabited respectively by the Vimercati and Premoli families. The situation remains unchanged until 1736. A documentary void follows until 1753 when only the Vimercati family appears in the documents. These lived in the building in question until 1815 when Giulia Vimercati, the last descendant of the family, rented it to various families. The building then became the seat of public bodies: from 1859 to 1929 the Sub-prefecture was established there; the Fascist Party then took over until 1945, the National Liberation Committee, the Christian Democracy Party and finally, in the 1990s, the Province of Cremona. 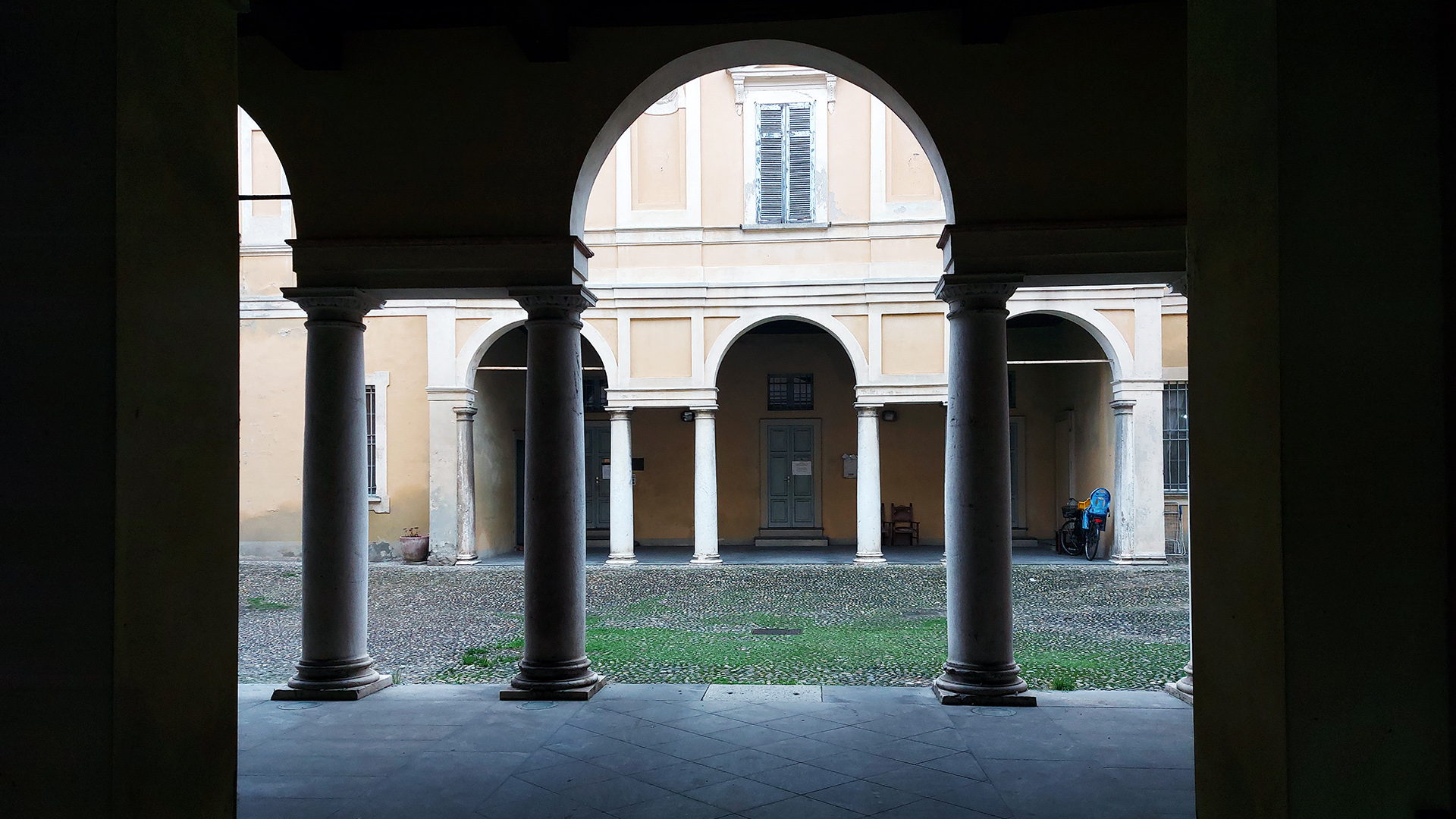 The main front, on via Matteotti, has a very sober appearance. The access portal is not in the center of the elevation, but moved to the left because the entrance hall is obtained from the reuse of a fifteenth-century hall located on the ground floor. On the sides there are respectively two and four rectangular windows with simple frames, surmounted by as many openings on the noble floor. The French door above the portal has a balcony with a wrought iron railing. Above the openings on the main floor there are small blind windows corresponding to the attic.

The south front (via Goldaniga) has an appearance similar to that of the main front with blind windows alternating with real openings. 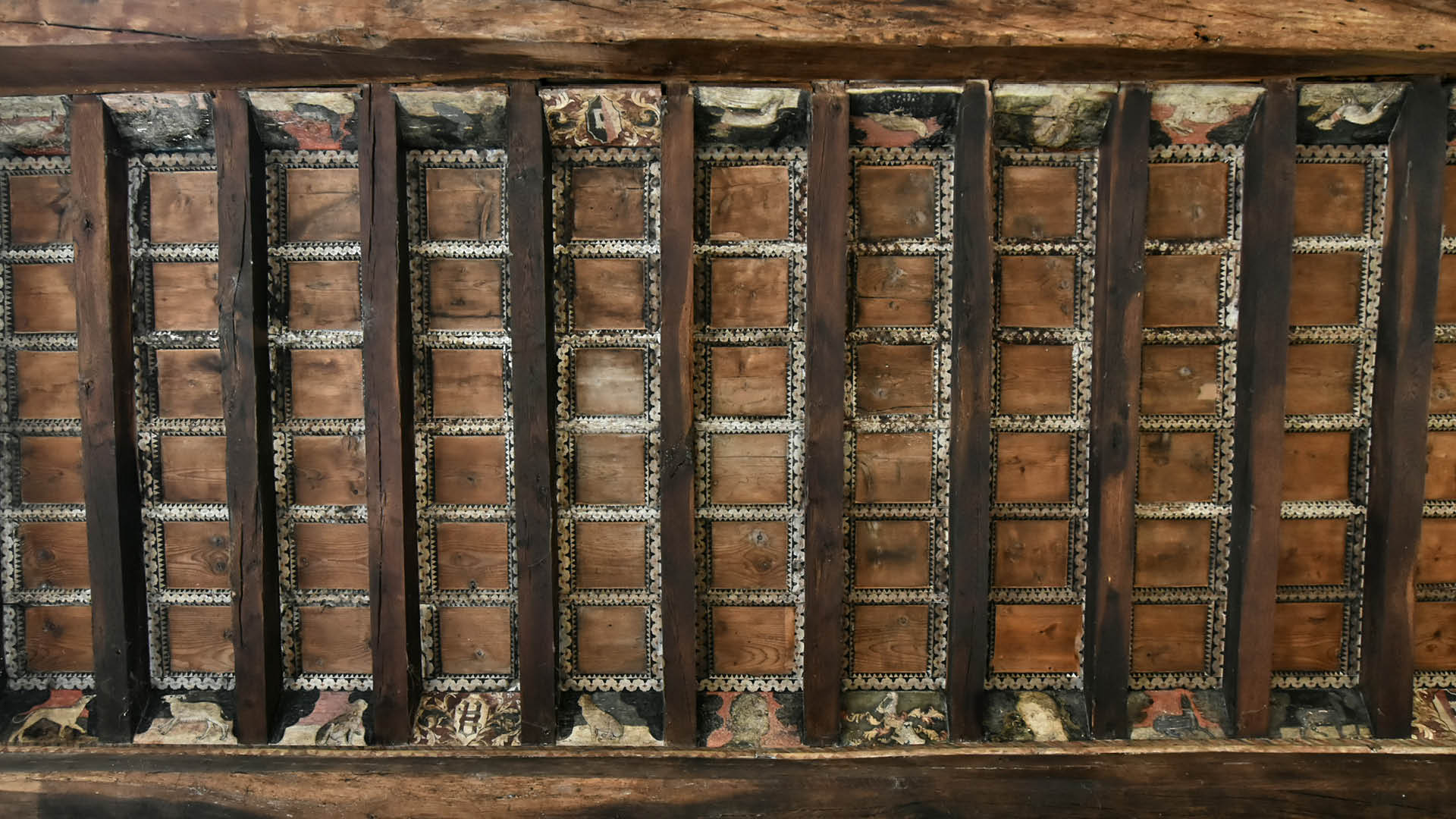 Getting in from the entrance hall, you will notice the Fifteenth-century ceiling decorated with 20 painted tablets with noble coats of arms, portraits and animal figures.

Continuing on, you will find yourself under a portico with three arches supported by pairs of Doric columns. The round arch flanked by two pairs of columns forms a particular architectural motif called “Serliana” by its creator, the architect Sebastiano Serlio (Bologna, 6 September 1475 – Fontainebleau, around 1554).

On the other side of the courtyard there is a portico that mirrors the one at the entrance. The ceiling is supported by wooden beams. The two elevations above the portico have three windows with a triangular frame and tympanum separated by niches.

On the left side of the portico is the staircase that gives access to the noble floor. Going up, you find yourself in a large hall overlooking the internal courtyard, known as the “Neoclassical Gallery” because of the neoclassical-inspired pictorial cycle that adorns the walls: in four large panels are painted episodes of the Labors of Hercules. In the monochrome frieze that dominates them, scenes from the Life of Alexander the Great are depicted. Above the doors there are canvases with wooden frames with monochrome portraits of Julius Caesar, Torquato Tasso, Homer, Marco Tullio Cicero, Alexander the Great, Socrates and Virgil.

In the next room we find the other large ceiling decorated with 130 tablets dating back to around 1466-75. The paintings depict noble coats of arms, in particular of Bartolomeo Colleoni and the Benzoni, Capitani, Castelli, Berlendis, Benvenuti and Verdelli families. There are also portraits and figures of real and fantastic animals inspired by medieval fairy tales. At the end of the room there is an eighteenth-century wall with three openings with elaborate Baroque shapes. 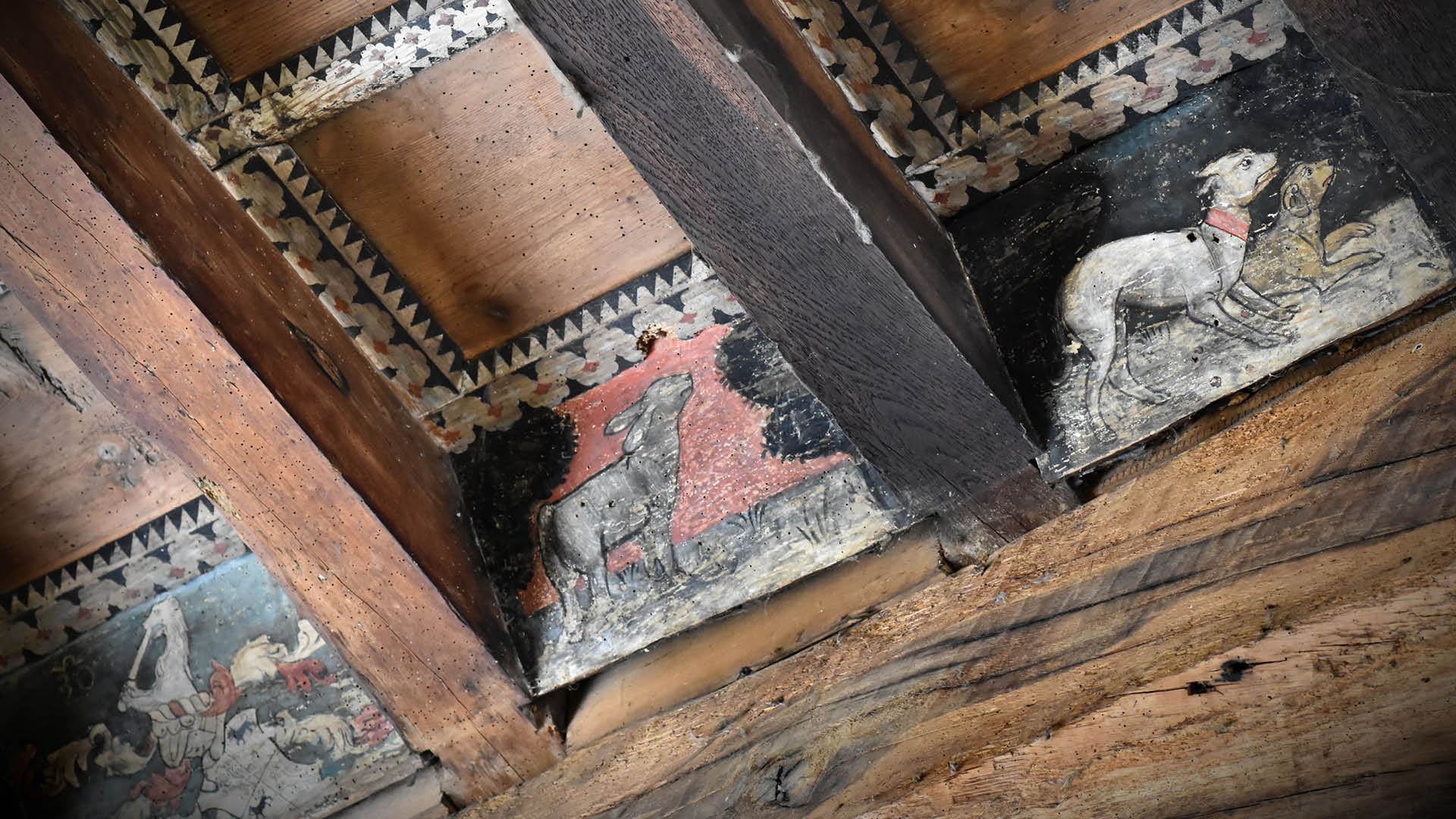 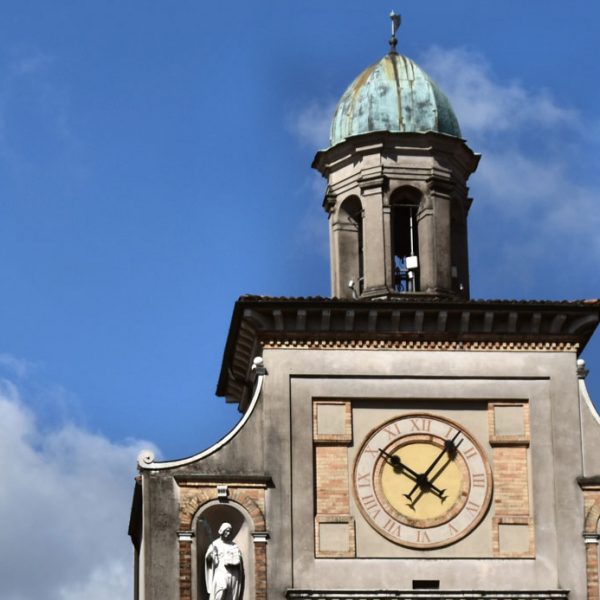 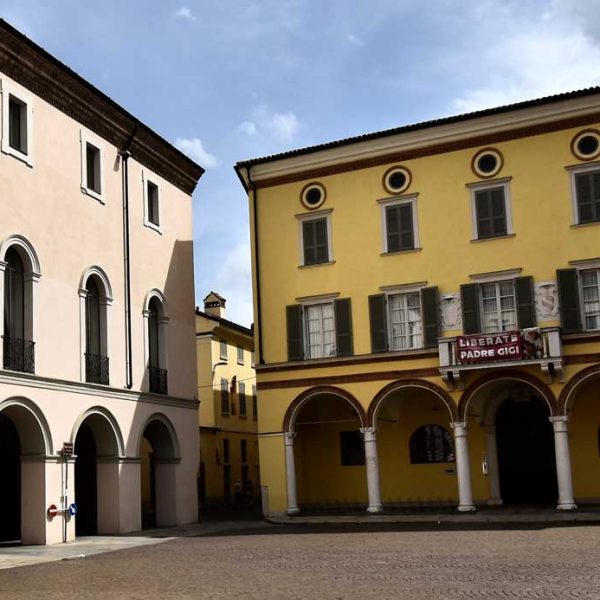 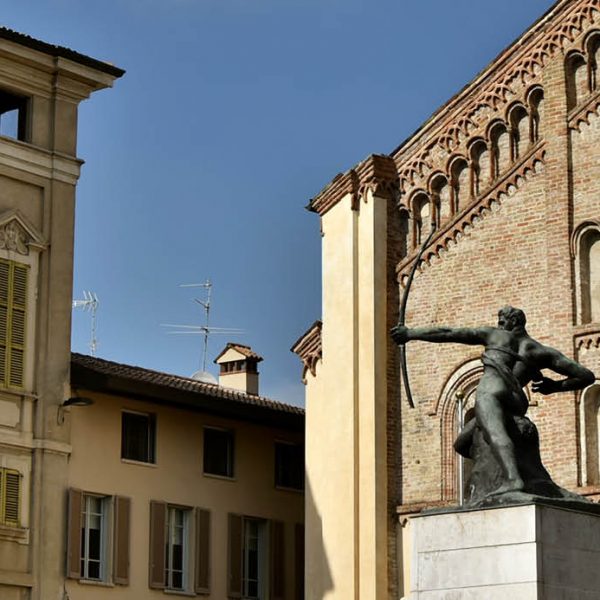