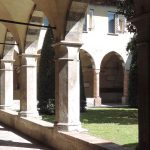 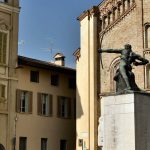 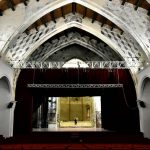 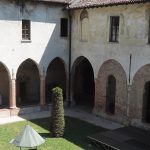 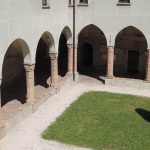 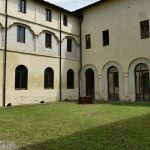 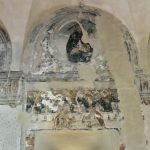 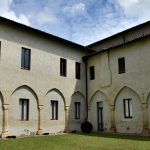 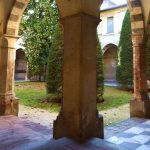 Crema is a town rich in both culture and history and in particular linked to religious devotion. In the past there were a number of convents and monasteries, both male and female, but which no longer exist today. Today only three are still in existence which can be visited, the ex-convent of Saint Augustine which hosts the town museum, the ex-convent of Saint Dominic which is now the town theatre and the ex-convent of Santa Maria Mater Domini, known today as the ‘ex-Stalloni’, which refers to the period in its history when it was used to stable army horses and then, until relatively recently, as the regional centre for horse breeding. 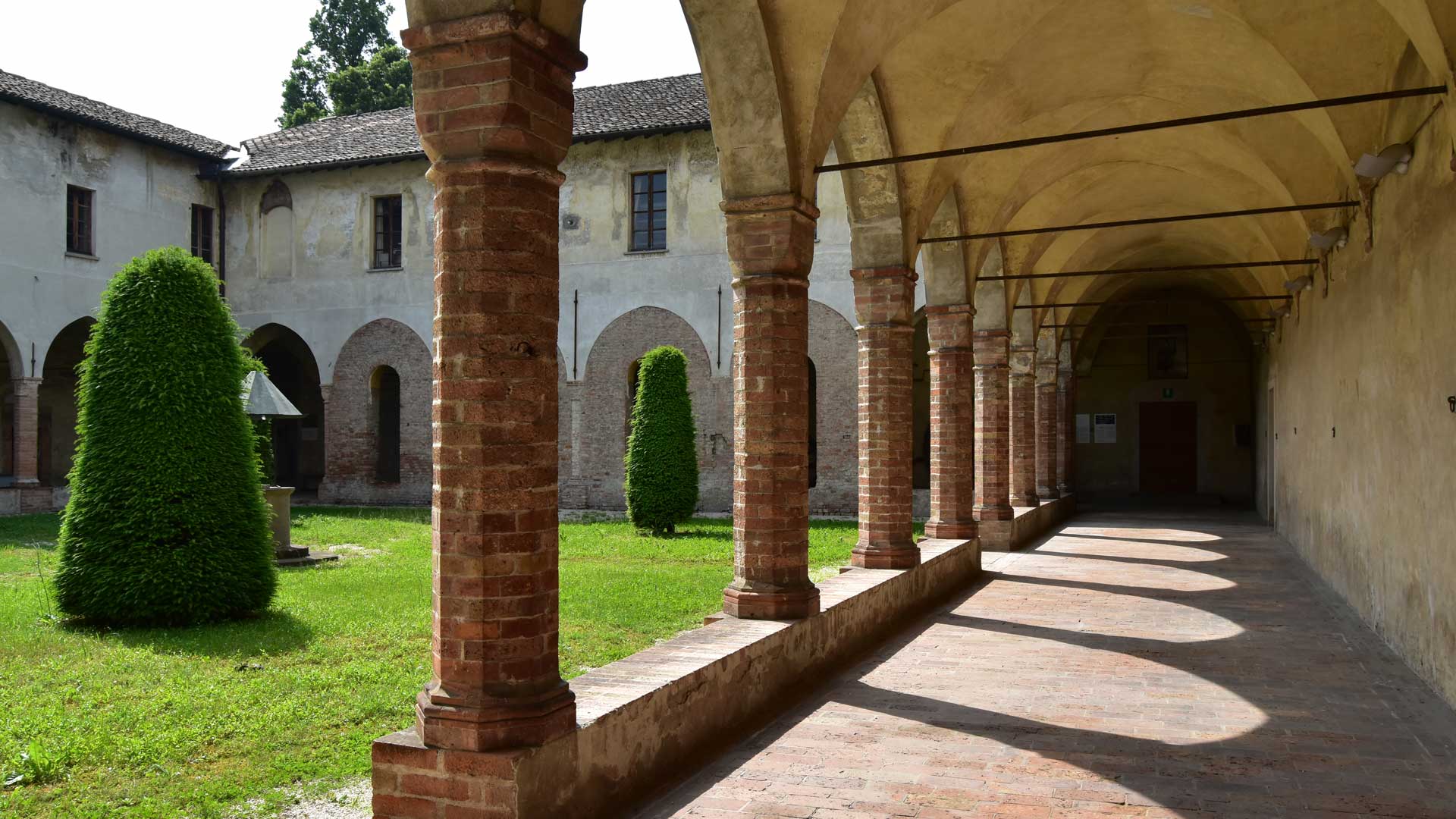 Our itinerary begins at the ex-convent of Saint Augustine, which today is home to the town’s cultural centre which includes the town museum and which hosts many cultural initiatives, such as exhibitions, events, shows and concerts. The idea behind the construction of the convent was thanksto the will and testament left by nobleman Gian Tommaso Vimercati (1422). Vimercati donated some of his property to build a church devoted to the Annunciation and the convent of the Hermit Fathers of Saint Augustine in an attempt to atone for the sins of his family of money-lenders. After a series of events, construction of the complex finally began in 1439 thanks to the blessèd Giovanni Rocco da Pavia. However, the convent was not actually built on the site of the properties bequeathed by Vimercati, but rather in the area where it is located today. The church was completed in 1466, whereas the convent was finished in 1495. In 1507 Giovan Pietro da Cemmo (1450-1510) signed and dated his magnificent frescoes in the refectory. The church of the convent was demolished in 1642 to allow its reconstruction designed by the architect Francesco Maria Richini (Milan, 1584-1658). In 1797, in the Napoleonic era, the religious order was abolished and around 1830 the church was demolished. At that point the complex went through a period of neglect and was used for a number of different purposes. It was transformed into a barracks and after the Second World War it hosted refugees and homeless families. It was only in 1959 that the town council bought the building and in the same year the Civic Museum of Crema and the Cremasco area was founded. The cultural centre of Saint Augustine was officially inaugurated on May 21st 1960 after extensive building restoration. 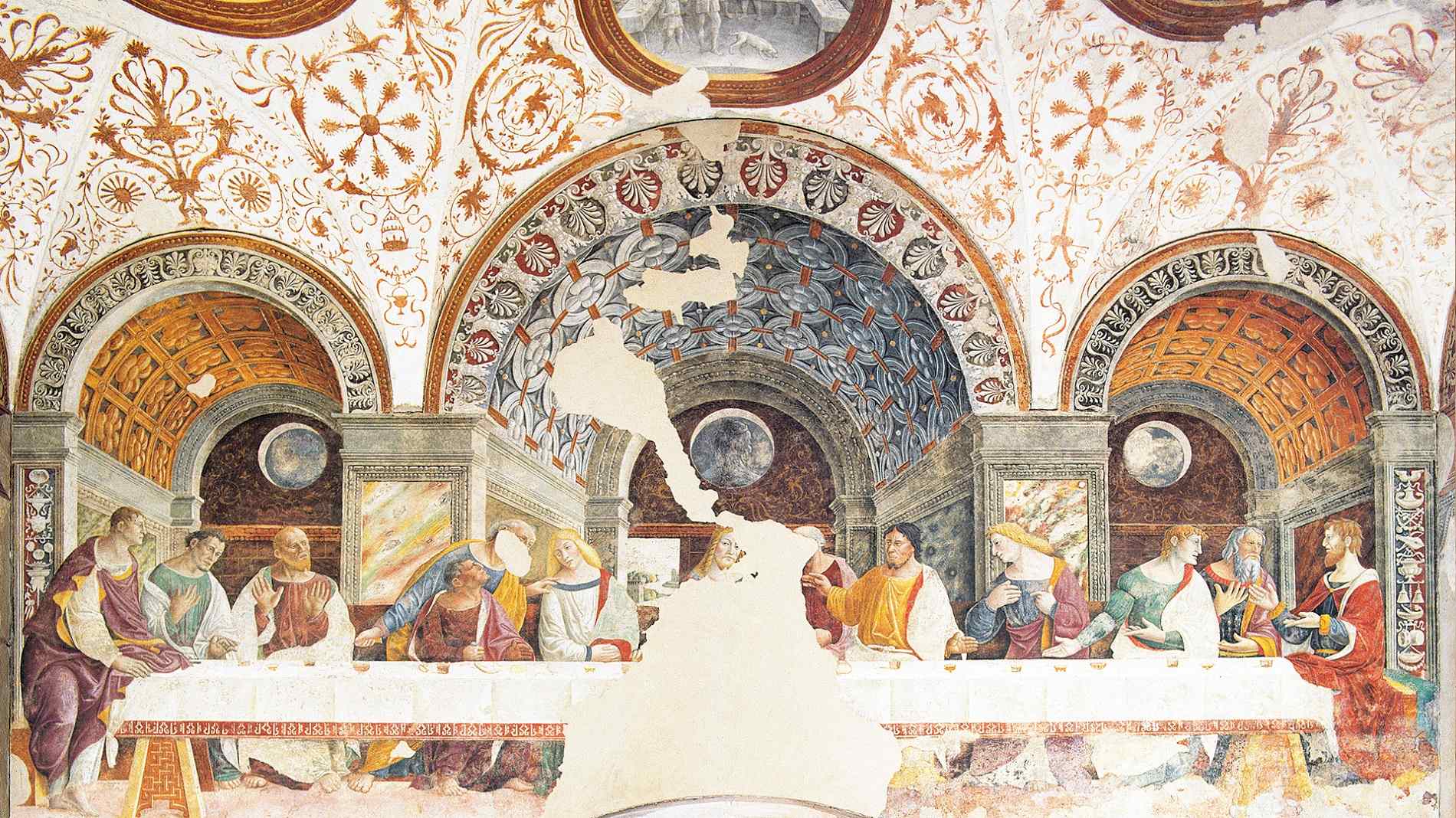 Take a moment to enjoy some peace and quiet in the tranquillity of the convent cloisters. In the first cloister you can see the remains of the doorway which once led to the chapter house decorated with a terracotta brick cornice. Today the old chapter house hosts 20th century artworks. At the end of the second cloister you can reach the old refectory.

Today this room is named after the artist Giovan Pietro da Cemmo, who painted the frescoes covering the interior walls. This was the refectory or dining room where the friars ate their daily meals together. On the end walls you can observe the frescoes of The Last Supper, including parts of the original preparatory drawings, and at the other end of the room, The Crucifixion. The side walls are decorated with lunettes containing the portraits of illustrious Augustinian monks. The first lunette on the right on entering the room represents the Blessèd Giovanni Rocco da Pavia, founder of the monastery. In the decoration situated under The Last Supper, a copy of Leonardo da Vinci’s painting in Milan, you can read the date of completion, 1507.

Retracing your steps through the cloister, you will find a large staircase which leads up to the Cremonesi room, which was once the original convent library. The ceiling is decorated with painted, wooden panels depicting some of the Augustinian monks, saints and other symbols. The latter were probably used as replacements for any damaged original panels. Leaving the complex of the Saint Augustine Cultural Centre we move on to the ex- convent of Saint Domenico. Today this building is home to the town theatre complex which also hosts the Civic Music School and temporary exhibitions, concerts and conferences. 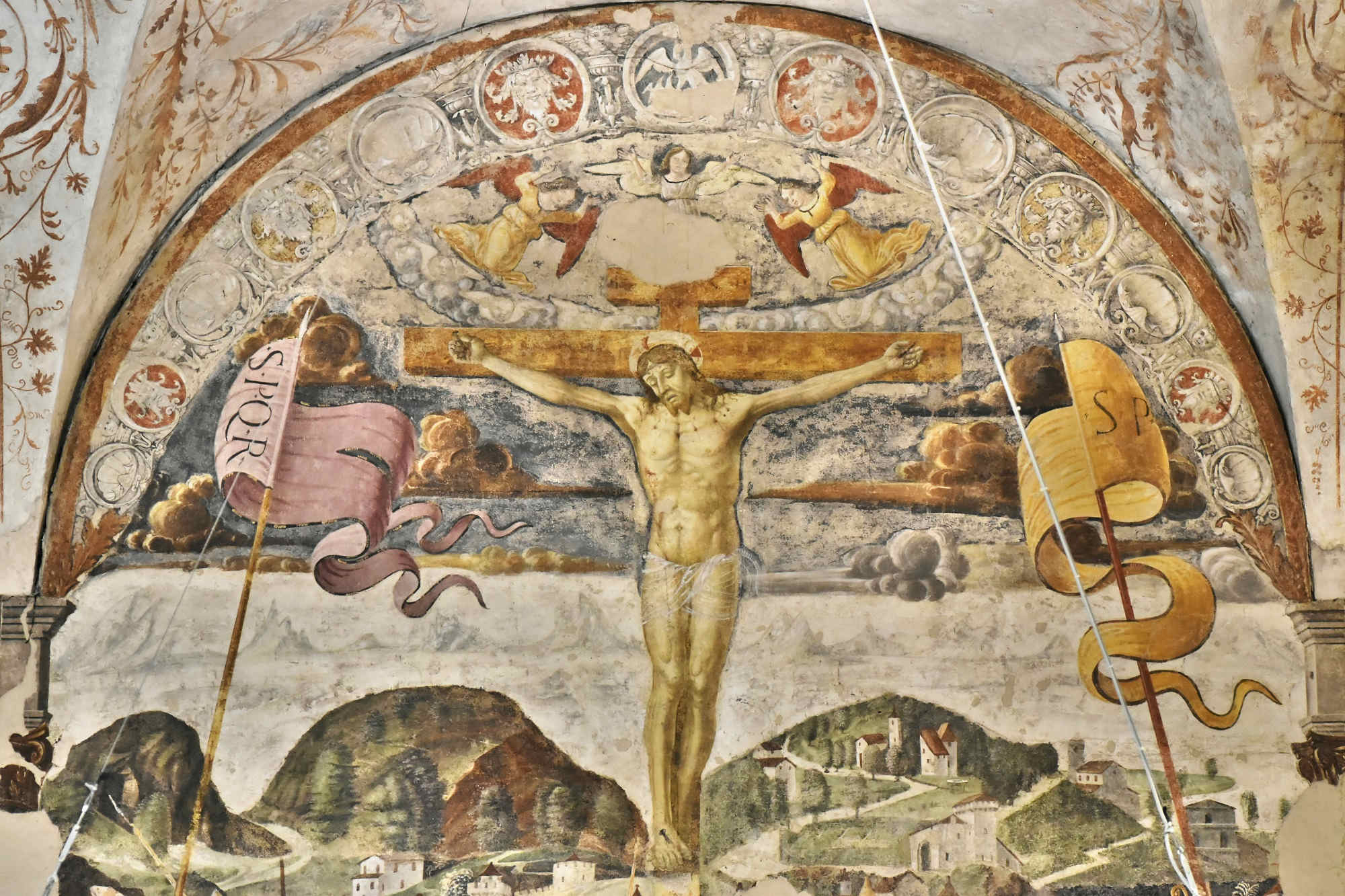 The original foundation of a Dominican convent in Crema dates back to 1332, when the De Mendoli family donated a small church devoted to Saint Peter the Martyr to Father Venturino da Bergamo of the Order of Preachers in order to found a convent. Dominican monks had probably already previously settled in Crema. At the beginning of the fifteenth century, the uninhabited convent was occupied by monks of the facade is divided vertically into three parts by vertical highlights similar to pillars. In the lower space there are three portals, while in the upper area there are two windows with two symmetrical openings. In the central area there is a gallery of arches, dominated by a large circular window, on whose sides there are two other arches and above which there is a window with only one opening. The top of the facade is embellished by a gallery of arches, which recalls the same motif present on the facade of the Cathedral. The interior of the former church is now the theatre and is a single open space. Laterally you can still see the original chapels and on the ceiling there are arches that still have signs of original paintings. Even the part of the old presbytery displays fragments of decorations and frescoes, as well as in the areas currently used as changing rooms and dressing rooms. 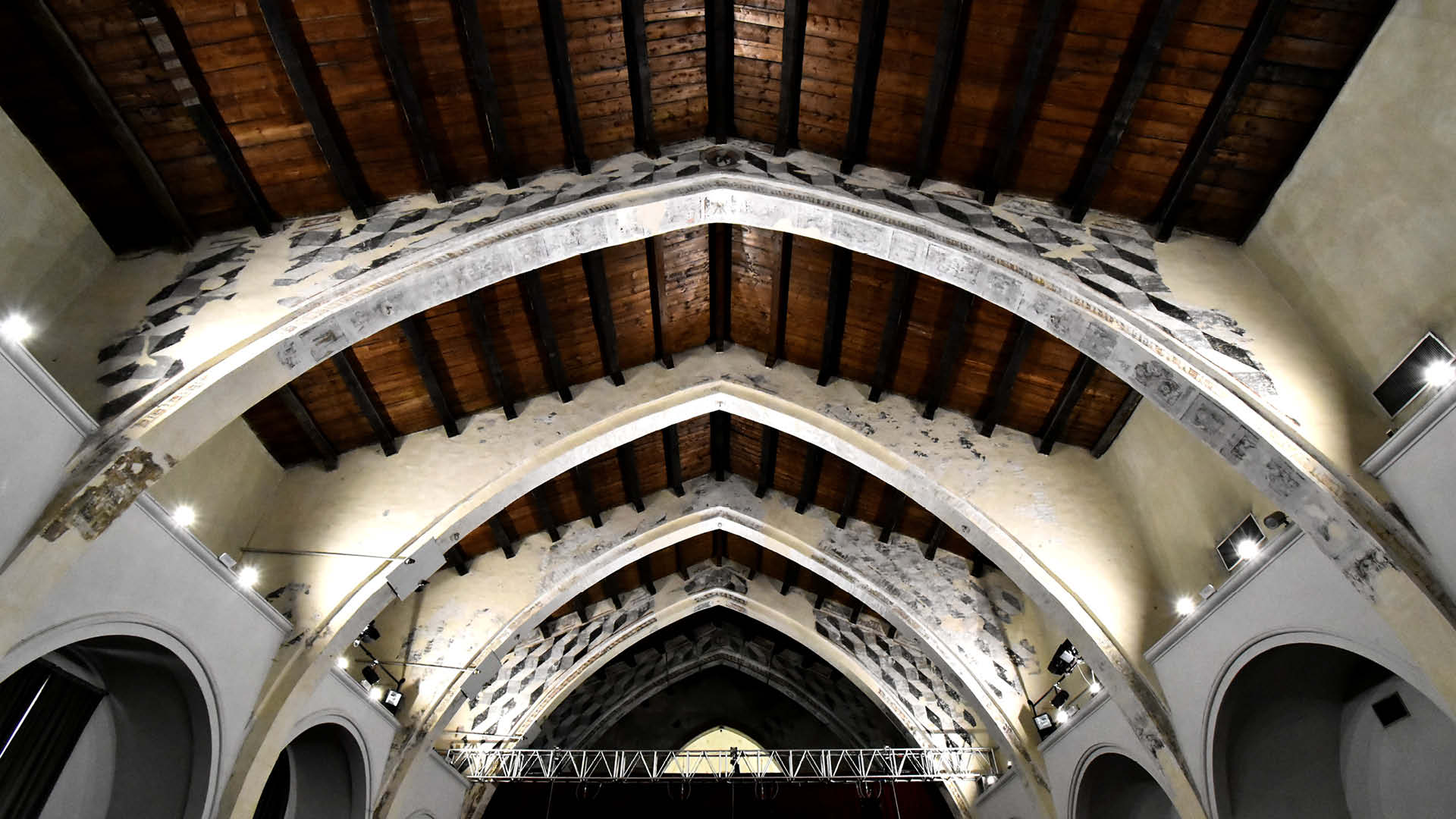 A series of frescoes was also uncovered in the current theatre foyer, once a convent refectory, where you can admire what remains of some roundels with Dominican friars, a Supper of Saint Dominic and an Annunciation. The current internal structure is obviously very different to the original layout, although the cloisters still have their beautiful, original arches, both pointed and round. In the corridors of the theatre it is possible to admire the sketches of the paintings that Angelo Bacchetta (Crema, 1841-1920) and Luigi Manini (Crema, 1848 – Brescia, 1936) produced for the Social Theatre, which was destroyed during a fire in 1937. 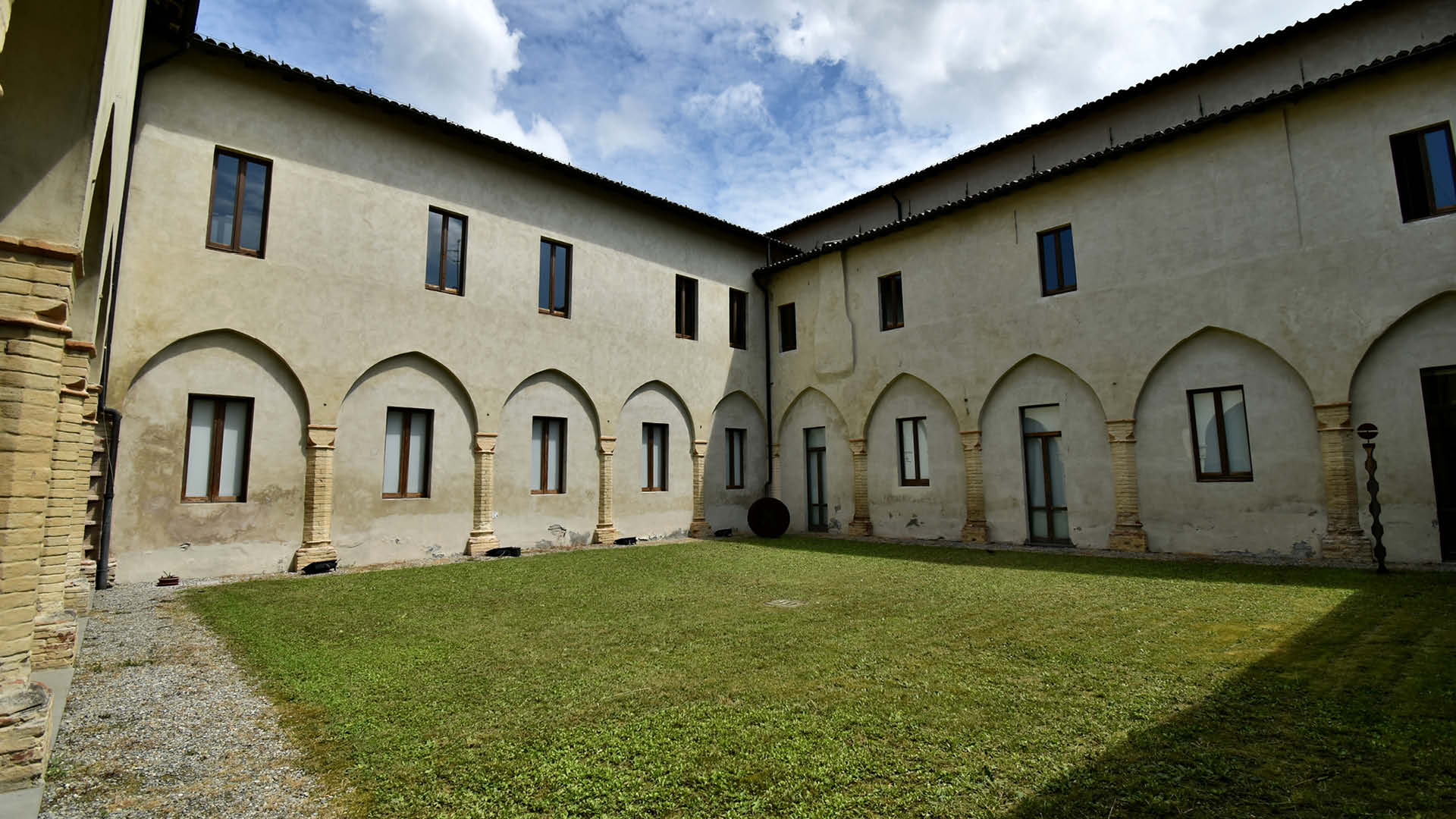 Continuing now through Crema towards the present day covered market and Via Verdi, you can reach the former convent of St. Mary Mater Domini. This monastery was founded in 1490 to house the Cremasco order of the Benedictines, which initially had its seat near the church of San Giacomo and was later moved near the church of the Holy Trinity. The third and final move occurred with the construction of the new convent around 1519, following the passage of nuns from the Benedictine order to the Dominican order. The convent remained active until the Napoleonic suppressions of the late eighteenth century and it was at this time that the building was transformed into a military structure and used as a cavalry barracks. From 1817 it hosted the Imperial Regio Dipartimento degli Stalloni , the Imperial Regional Department of Stallions, which gave it its name today, ex-Stalloni. The Horse Breeding Institute changed its name over time and it was gradually run by different bodies until 2014, when it sadly ceased its activities. Today the complex still retains its connections with its equestrian past as it is Crema’s Equestrian Rehabilitation Centre. The complex is now composed of a series of structures immersed in a large green area, a ‘green lung’ for the town centre. Not a lot of the original monastery remains except for the two cloisters, characterized by low arches, which date back to the end of the seventeenth century. Some rooms attached to the former convent building house a collection of carriages from 1800-1900. The itinerary starts from Civic Museum of Crema and Cremasque.

Civic Museum of Crema and Cremasque 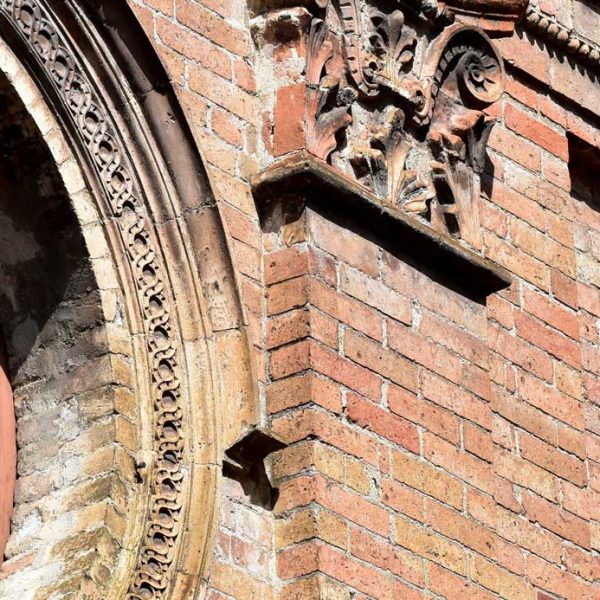 A day in Crema