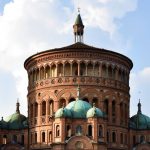 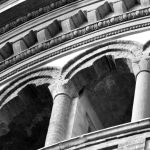 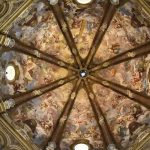 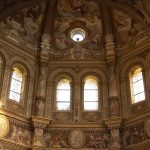 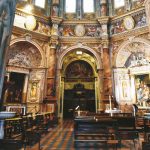 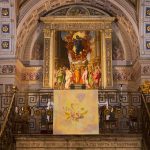 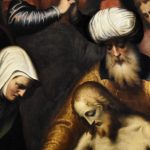 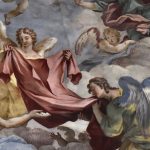 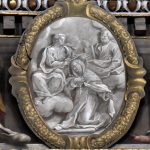 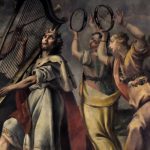 The church is dedicated to the Madonna, who appeared here on the 3rd of April 1490

The church is dedicated to the Madonna, who appeared here on the 3rd of April 1490 before the eyes of Caterina degli Uberti, who had been fatally wounded by her husband. Her vision triggered great popular devotion. 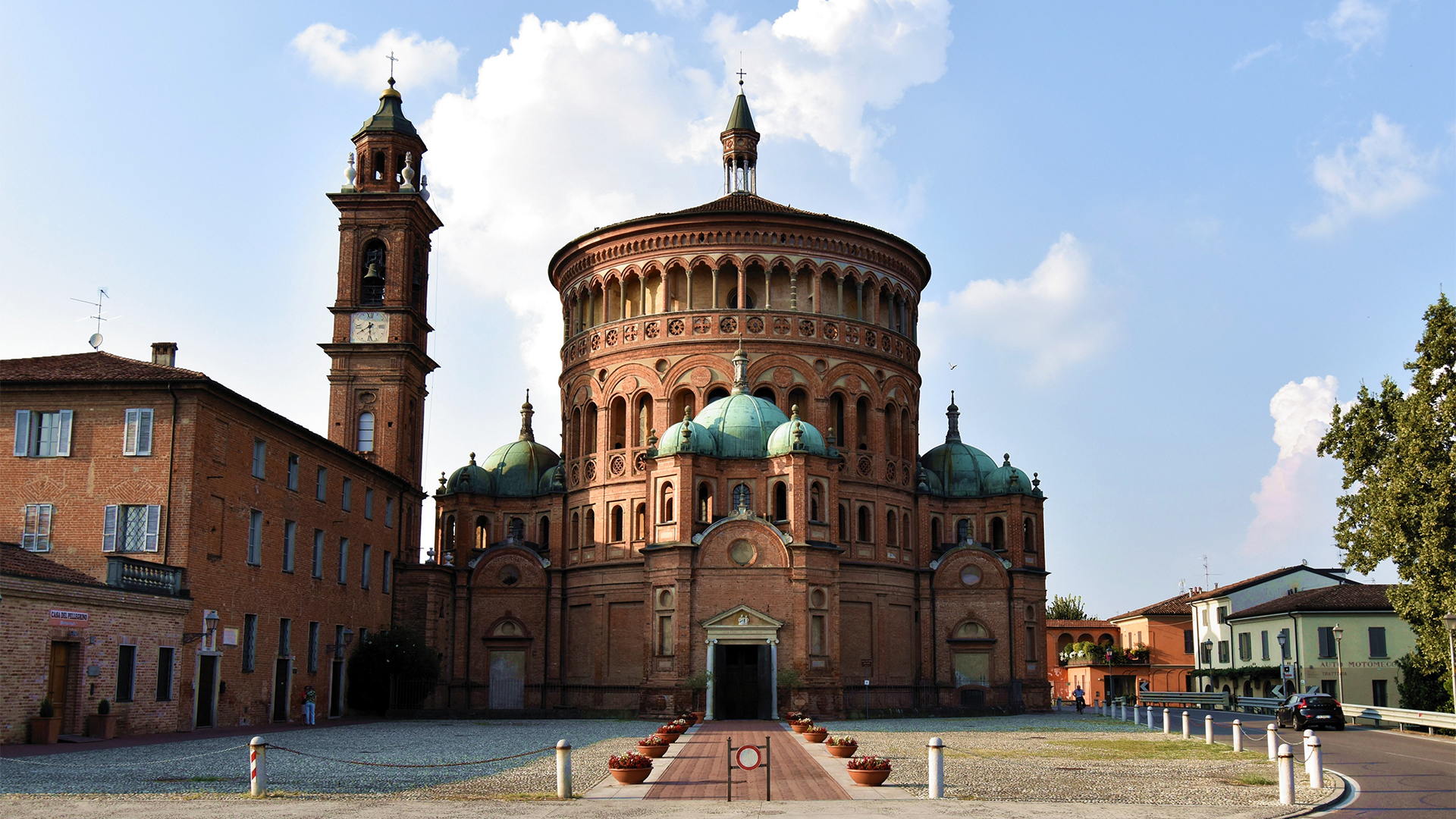 The design of the church is a clear sign of transformation in the culture of Crema in a humanistic, Renaissance sense. The construction was supervised by Giovanni Battagio and is an interpretation of the designs of Donato Bramante, engineer of the city of Milan. Work began on the 6th August 1490 and was signalled by a second miraculous event. According to legend a circle of all the colours of the rainbow is said to have appeared in the sky during an inspection by the “podestà” or governor of Crema. Probably, following a clash of opinions among those commissioning the building, Giovanni Antonio Montanaro added the last gallery in the Gothic style. In 1694 the reformed Order of the Discalced Carmelites was established in the church. In 1706 the Order built the large adjacent convent and some years later erected the belltower which stands beside the basilica.

The outside of the church is an articulate and innovative design moving from a central point, which was inspired by the canons of Lombard Renaissance architecture. It was built entirely from brick whose warm colour dominates throughout the building complementing both the green copper of the dome, which was added in the 1900s, and the white render. There are four ascending levels in the design with three orders of galleries. The last order displays a stylistic restoration by the architect, Emilio Gusalli elaborated in 1904. Gusalli was also responsible for the reinvention of those decorations such as the stone pinnacles, the graffiti on the blind doors and the copper covered domes of the minor parts. This phase of decoration came about over a long period of time 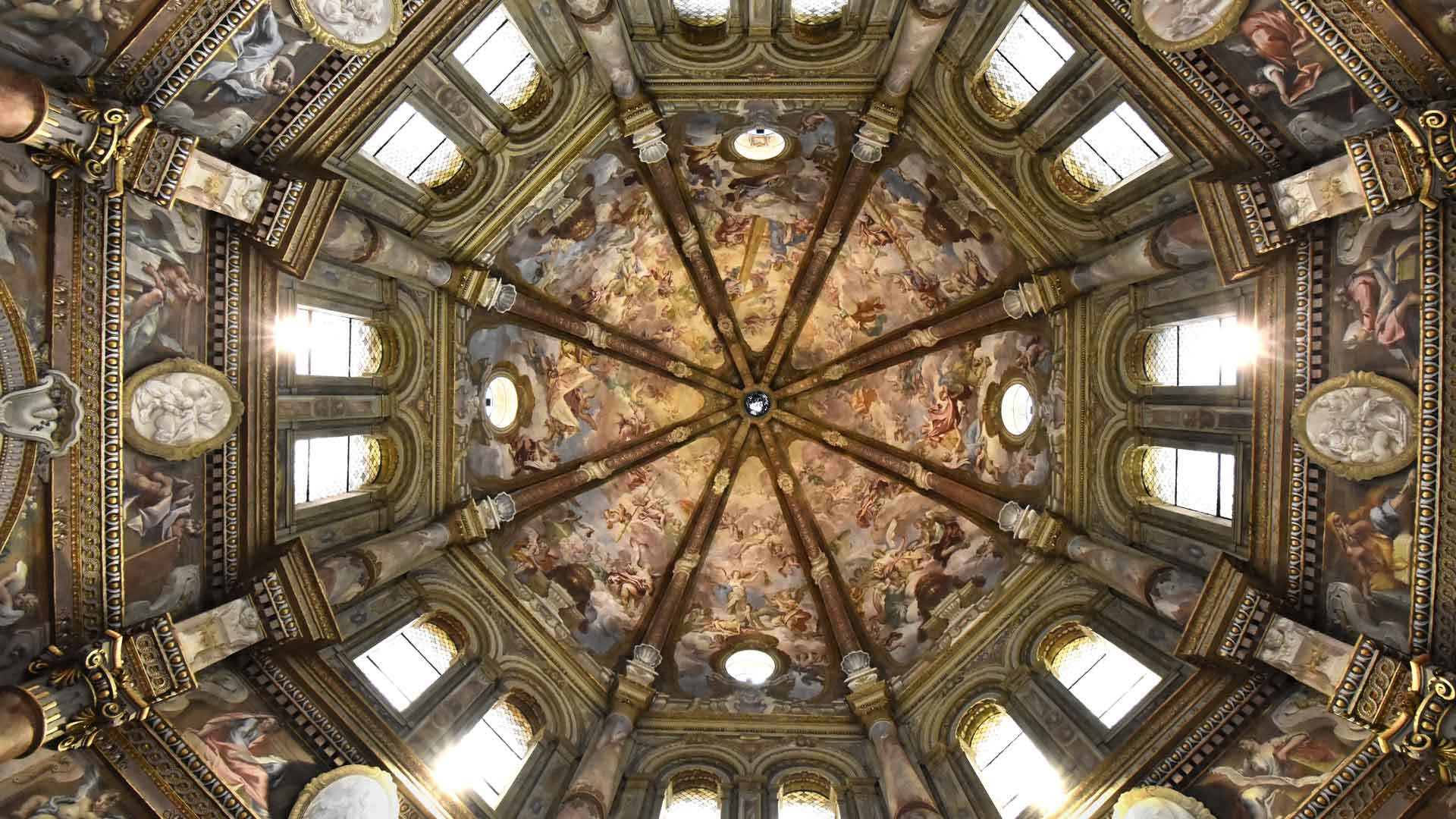 The four previously mentioned levels start with a row of pillars and framed blank “mirrors”, followed by the next levels of three ascending orders of walkable galleries. The first gallery is composed of single mullioned windows, while the second level appears to be more elaborate with a series of twin mullioned windows, below which runs a line of decoration of small brick roses with flaming sun motifs, wheels and complex, geometric figures. The top level is in the late-Gothic style decorated with small roses below a series of trilobed, single mullioned windows. The interior was decorated over a long period of time and is organised around an octagonal room with four side aisles, which complete the Greek cross design. The main area is covered by a dome with eight segments. Four semicircular chapels alternate with the four side aisles. The main altarpiece was realised by Benedetto Rusconi, the so-called ‘Diana’, in 1501 and represents the Assumption of the Virgin. It is of particular interest, not only because it was executed by the famous Venetian Painter, but also due to one of the very few surviving depictions of the old, Porta Serio castle in the background. The side altars were decorated in stucco in 1585 and are probably the work of Giovan Battista Castello. In the tympanum sit two female figures in stucco, both holding books. There are figures of the prophets in the niches. All the frescoes are by Aurelio Gatti except those in the third chapel which are entirely the work of Carlo Urbino, who also created the frescoes on the altarpiece. The decoration of the altarpieces was carried out between 1575 and 1518: “the Adoration of the Shepherds” , by Antonio Campi, “the Adoration of the Magi” and “the Deposition”, by Bernardino Campi, “the Climb to Calvary”, by Carlo Urbino. Between 1700 and 1702, shortly after their arrival, the Discalced Carmelites commissioned the decoration of the main dome by the twins Gerolamo & Giovanni Battista Grandi and Giacomo Parravicino from the Valtellina area. They executed the “Triumph of the Cross” which occupies the eight segments together with the “Sibyls”, the “Prophets” and the medallions with the “Visions of Under the presbytery lies the crypt, in the alleged exact spot where the Madonna once appeared to Caterina. The ceiling was decorated by Bernardo Capradossi with the “Twelve Apostles” and the miraculous event of the apparition of the Virgin expressed in a 17th century sculpture. 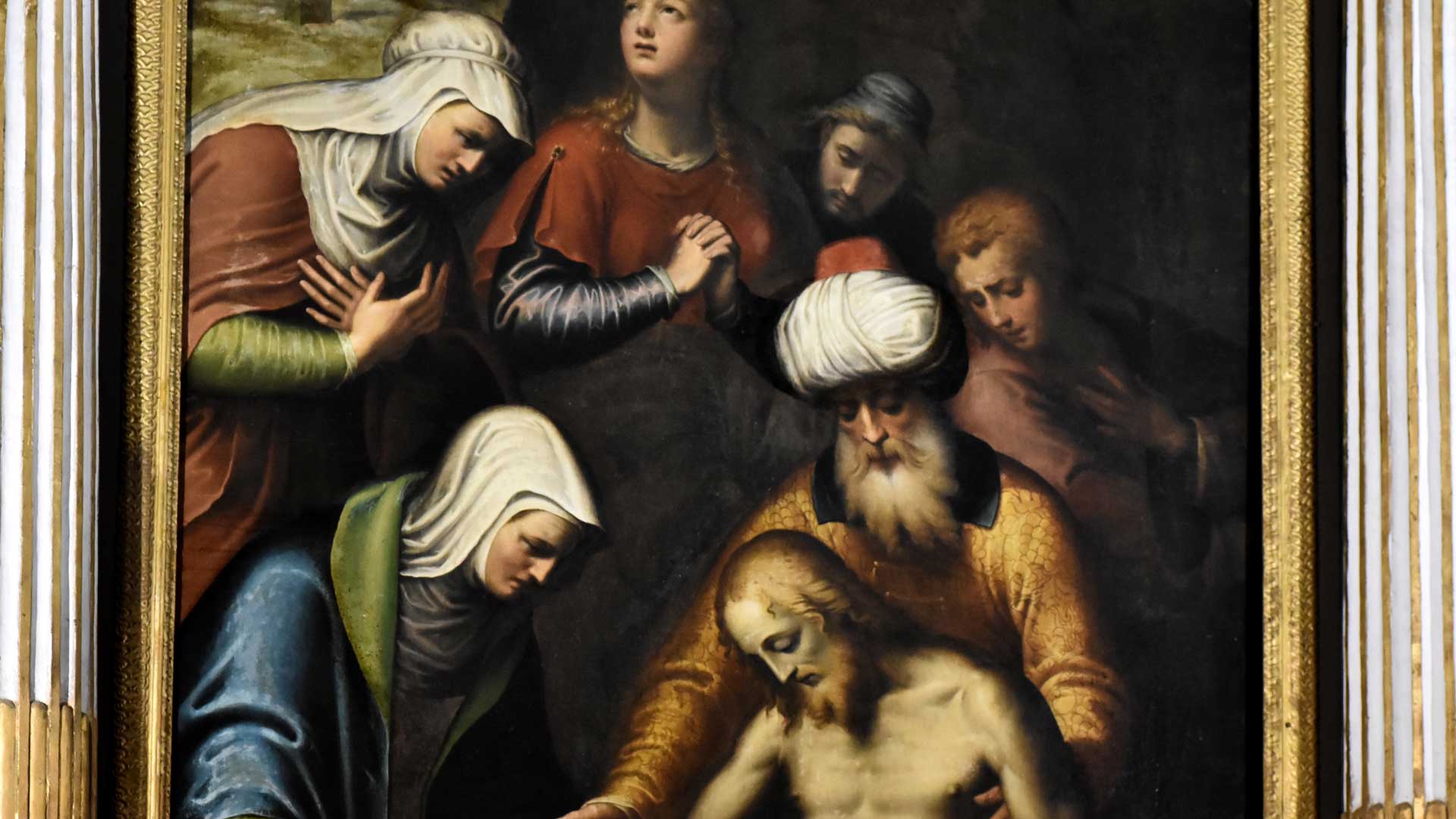