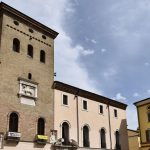 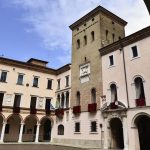 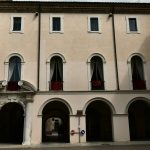 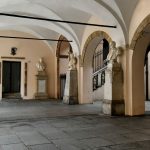 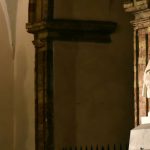 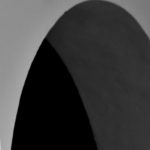 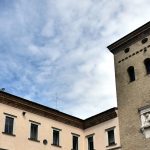 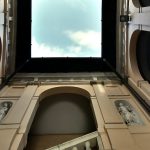 And the Guelph Tower

According to some historical sources the palace was already in existence in the mediaeval area but was subsequently destroyed. Only the Guelph tower, which dates back to 1286, remains of the original mediaeval structure. The Pretoria Palace which we can admire today was built between 1553 and 1555 on the orders of the Venetians, to host both the “podestà” or local government and the town governor or “Capitano della città”. 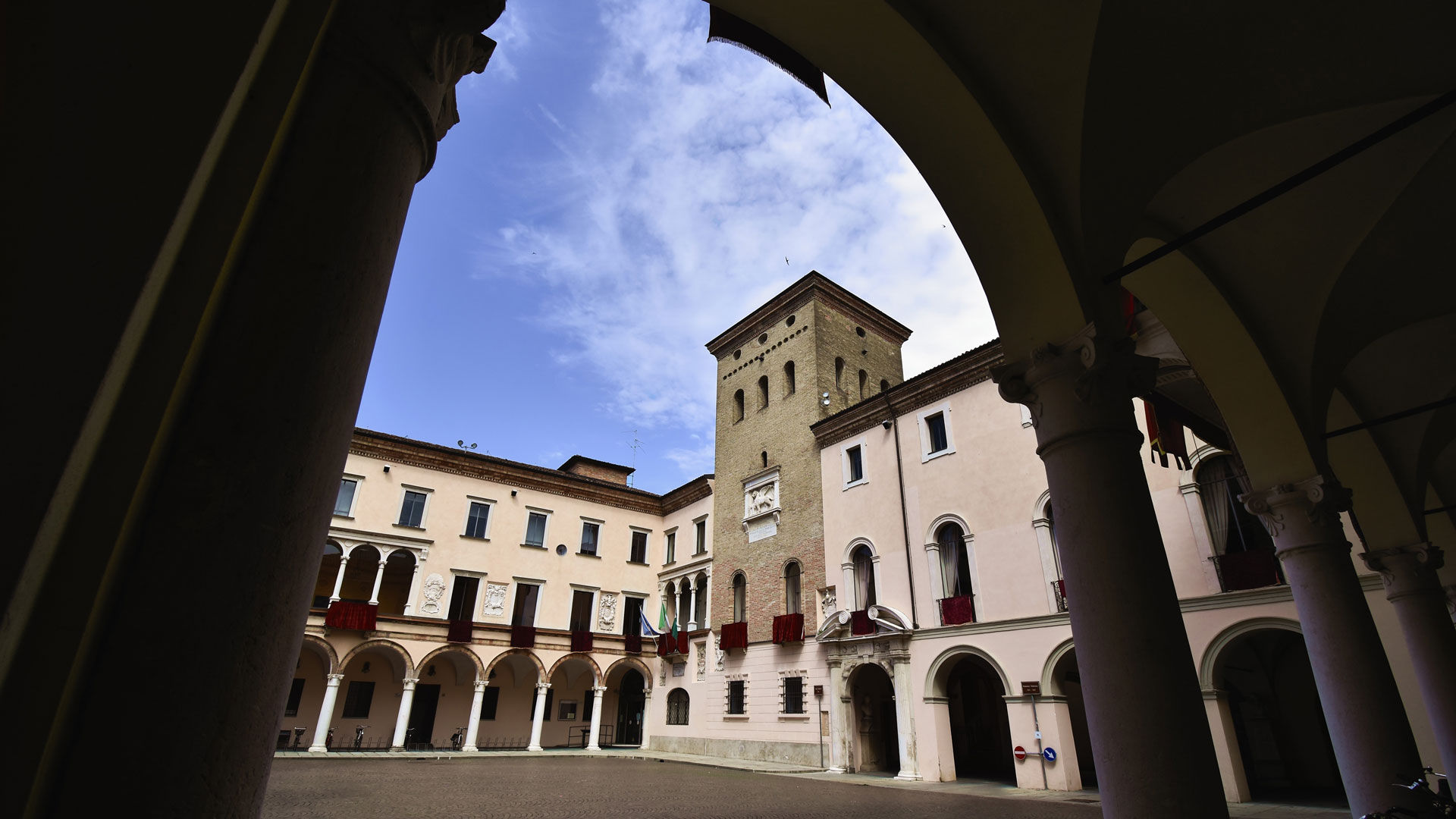 During the 17th and 18th centuries the building was remodelled and in particular in 1634 the local governor Marco Antonio Falier, added the rich and sumptuous, marble entrance of honour by Botticino. Until 1801 the building was also used as a prison, but this was dismantled in order to make way for a gallery for a collection of monuments celebrating some of the illustrious, past citizens of Crema, which can still be admired today. The Guelph Tower is a harmonious combination of mediaeval elements, which dominate the upper part, and Renaissance particulars seen in the two square, rusticated windows. Right in the centre sits the San Marco lion in high relief. The lion was originally part of the Porta Ripalta gateway, but was removed in the era when Crema was under French domination and only later added to the tower. At the height of the two windows there is a small, wrought iron balcony and two coats of arms of the “podestà”, making up part of the series which continues along the “Palazzo Comunale” or Town Hall. 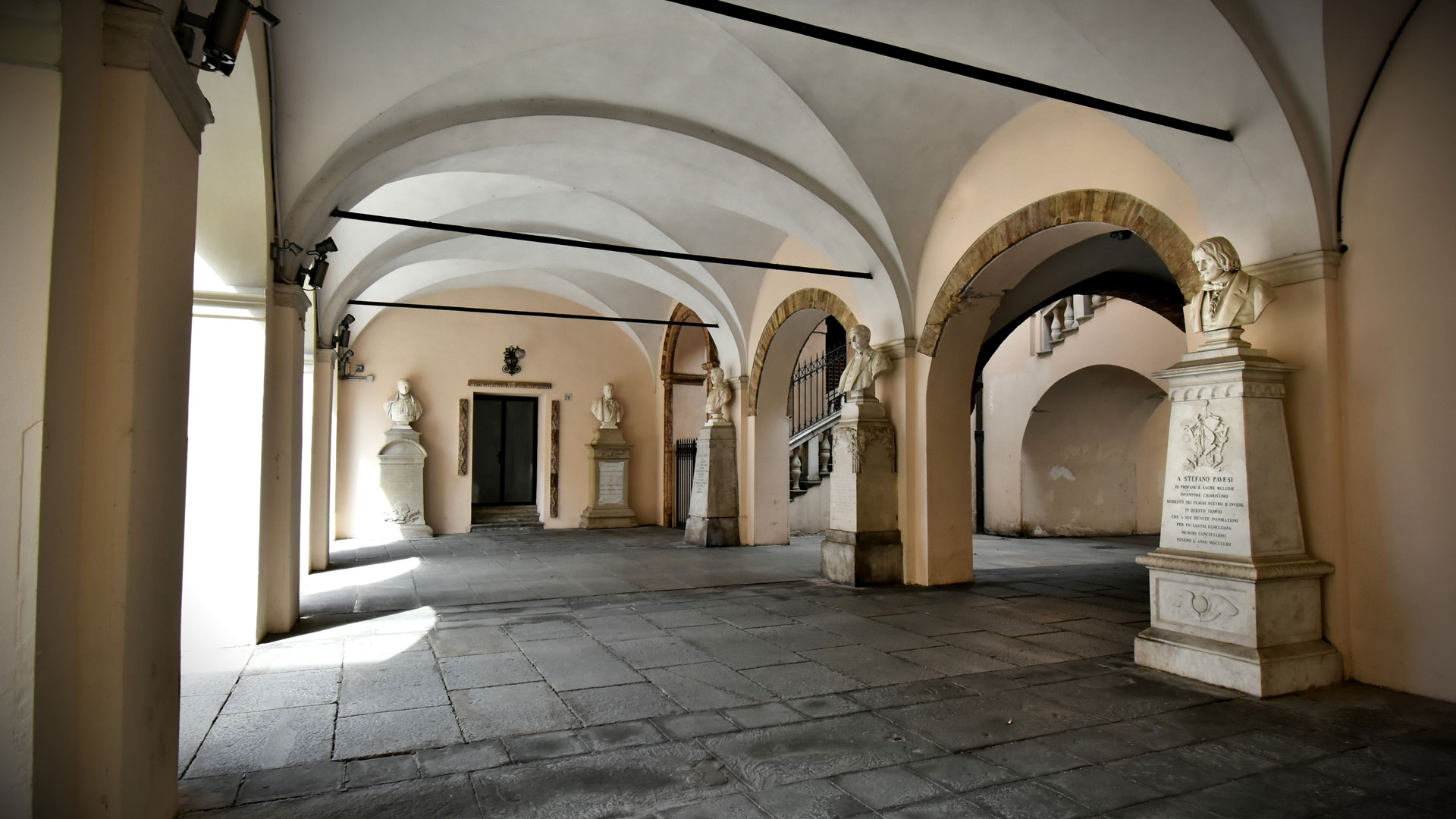 The principal facade of the Palazzo Pretorio looks onto Piazza Duomo. The facade has maintained its typical 16th century forms, with its marble 17th century portal decorated with classical style columns and symbols of war and armour and an inscription, which can be seen on the gable, in memory of the construction financed by Falier. The three lateral arches of the doorway open onto a covered walkway, decorated with busts of several illustrious citizens of Crema. Just beyond the entrance you can find the Renaissance staircase which leads to the upper floor and which creates a small, inner courtyard with niches containing the statues of the virtues. 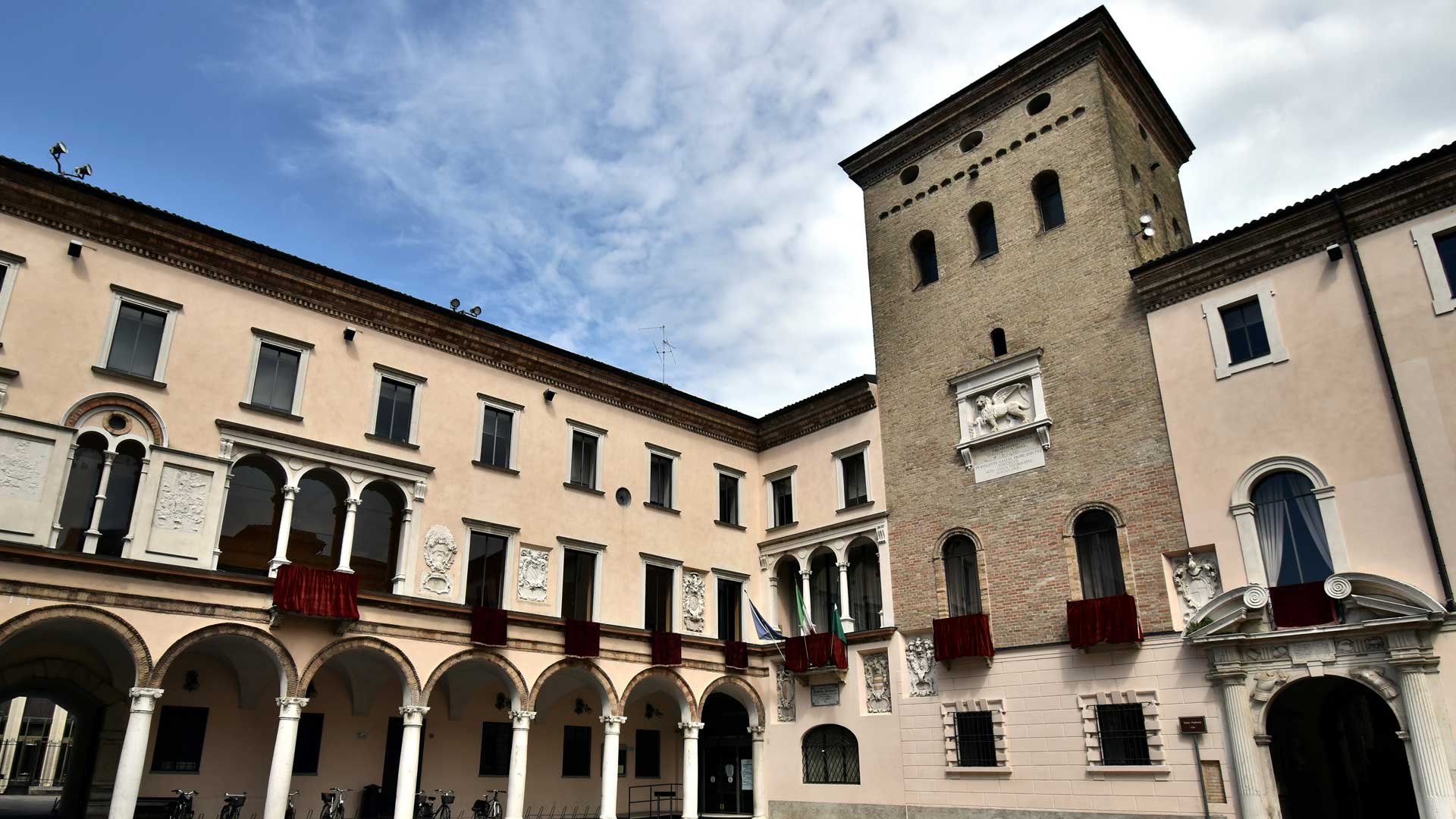 Inside is the “Sala del consiglio dei ricevimenti”, the reception or meeting room. This room hosts the portraits of “10 podestà” or local governors, seven of which are the work of the painter Gian Giacomo Barbelli (1640-1651). Thanks to a huge painting by Giuseppe Perolini (1925-2011), which decorates its walls, this room is also known as the “Sala degli Ostaggi” or hostages, due to its subject matter which recalls the story of the hostages of Crema during a siege of the town which took place between 1159 and 1160. 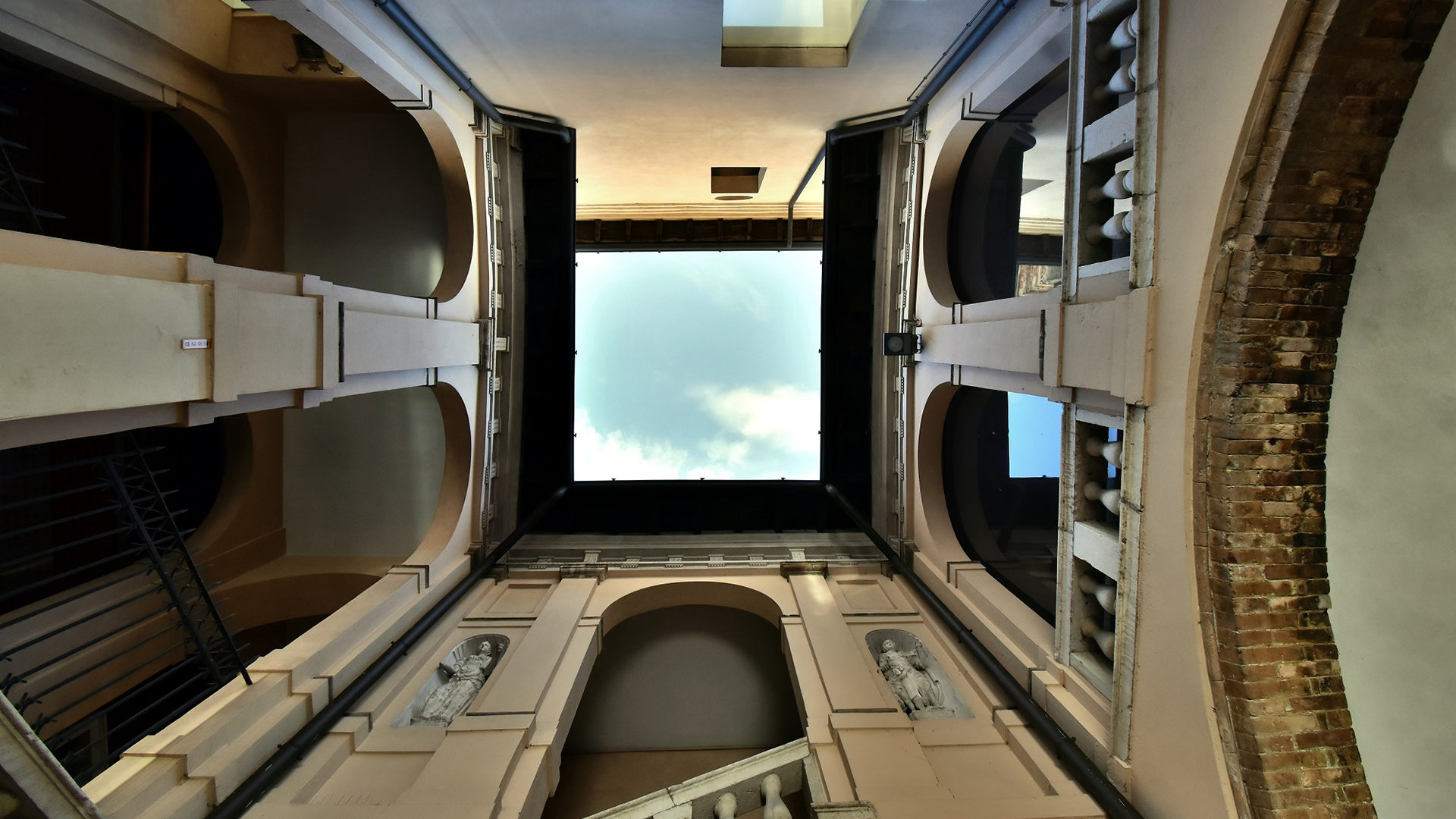 The infamous Barbarossa strapped and bound Crema citizens to his war machinery as his army approached the city walls, in an attempt to convince Crema to surrender. Unexpectedly, the hostages incited their co-citizens to attack, thus sacrificing themselves in vain. Today the room still maintains its Renaissance, wooden, box ceiling, which once sported frescoes, alas lost in time, by Carlo Urbino in 1553. He was called upon by the governor, Alvise Mocenigo, to produce a representation of the victory led by Renzo Da Ceri over the Milanese troops during the Battle of Ombriano in 1514.

It must be remembered that the palace was the residence of the ‘podestà’ or governor, who was a Venetian noble in charge of the town and its surrounding territories for 16 months, on behalf of the Republic of Venice. His mansions also included those of judge and captain of the guard. The building was also the seat of representation and justice and the town council. It was here that the high court of the governor, judge and chamberlain was held. 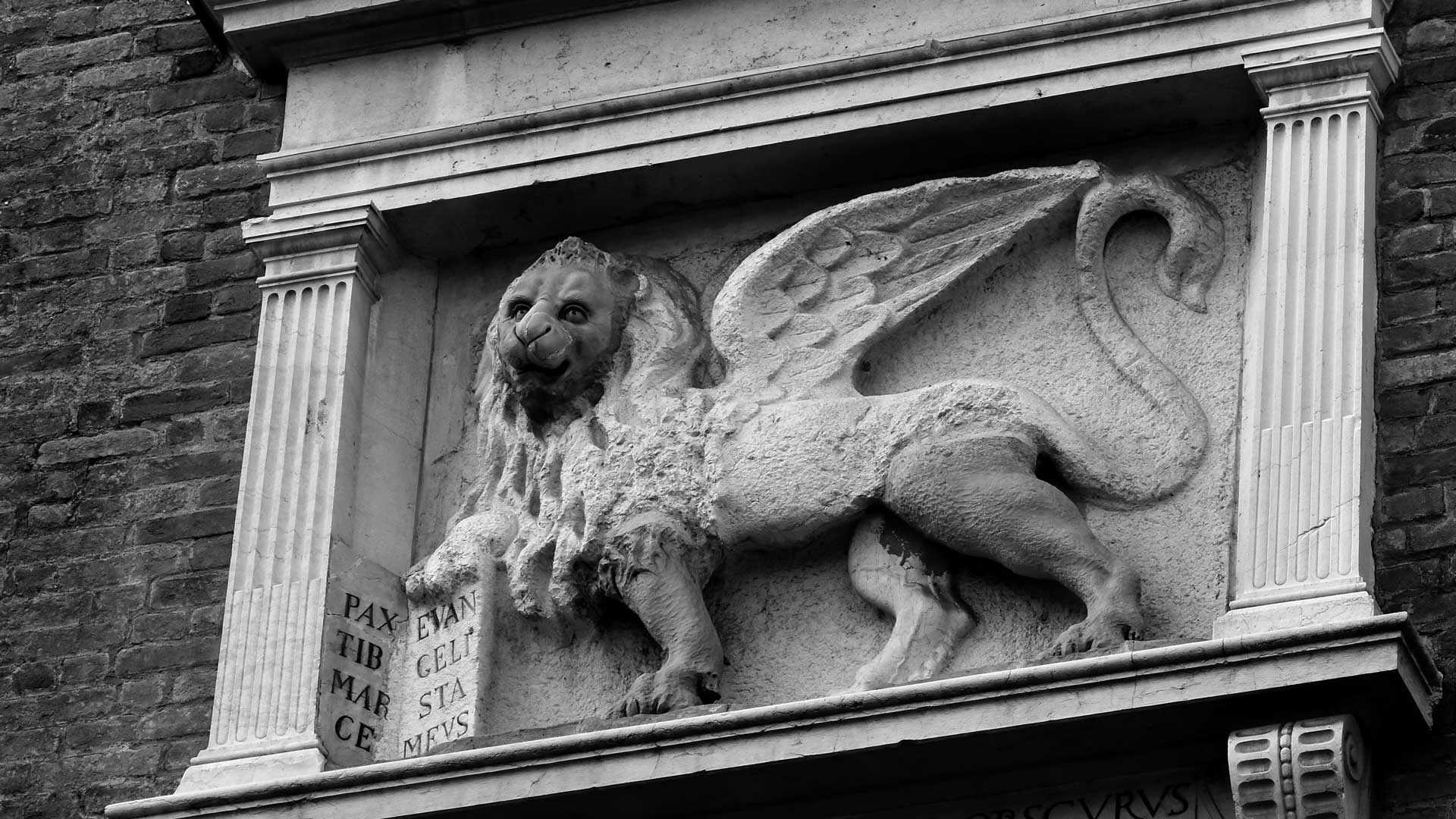 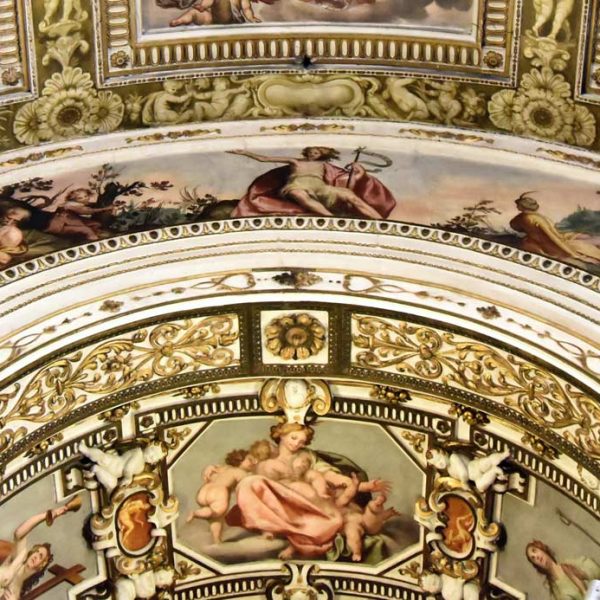 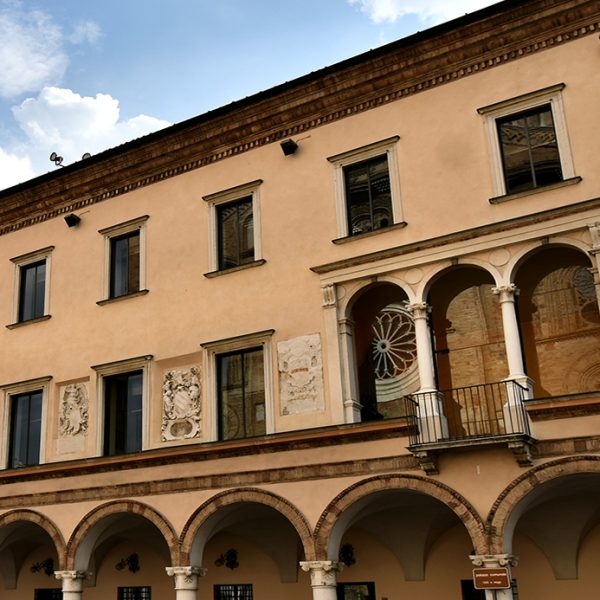 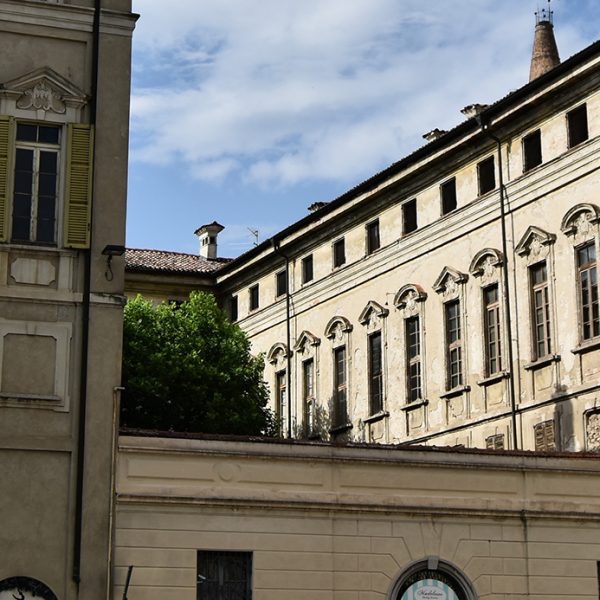 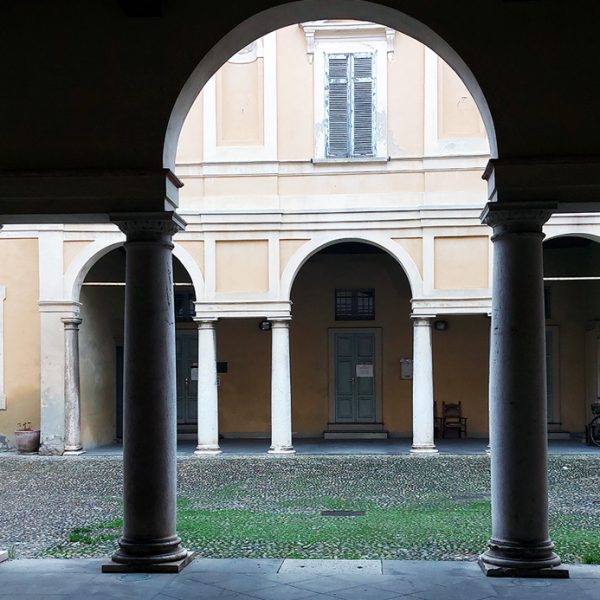